The Princess Diana TV Interview That Made History

The Princess of Wales is interviewed by the BBC's Martin Bashir (R) on Nov. 20, 1995
AFP / Getty Images
By Jennifer Latson

The infidelity itself was hardly news, but when Princess Diana admitted on British TV that she had been unfaithful to Prince Charles, it “plunged the monarchy into the greatest crisis since the Abdication,” the Daily Mail said, referencing King Edward VIII’s 1936 abandonment of his throne to marry a divorced American socialite.

On this day, Nov. 20, in 1995, the BBC aired Diana’s first solo press interview — a stroke of independence made possible by keeping her meeting with BBC’s Martin Bashir secret from Buckingham Palace. She took the opportunity to address the tensions within her marriage, her struggles with postpartum depression and bulimia, and the fact that she had been intimately involved with a man other than the Prince.

Charles had admitted to his own infidelity on a TV documentary the previous year. His longtime affair with Camilla Parker Bowles was no secret when Diana told Bashir, “There were three of us in this marriage, so it was a bit crowded.”

Rumors of her five-year affair with cavalry officer James Hewitt, whom she’d hired as a riding instructor, had already made news as well, partly because he’d profited from the story by collaborating on a tell-all book, Princess in Love. In the interview, Diana said, “Yes, I adored him. Yes, I was in love with him. But I was very let down.”

In her surprise that Hewitt betrayed her, some saw the same naïveté that a young Diana, barely out of her teens, had worn like a veil on her wedding day. Following Diana’s death in a 1997 car crash, Joyce Carol Oates wrote an essay for TIME in which she linked “the drama in the princess’s life” to “her often desperate search for love” and her utter devastation when her husband failed her. Oates wrote:

By the early 1990s, when Charles and Diana were already leading separate lives, a biography of Diana revealed that, just a year after her wedding, she had attempted suicide over her suspicions about Charles’ relationship with Camilla. On a 1985 visit to a London hospice, according to TIME, “she let slip a telling comment. ‘The biggest disease this world suffers from,’ she complained, ‘[is] people feeling unloved.’ ”

That was no excuse for airing dirty laundry, however — at least not to the Royal Family. Within a month of Diana’s interview, her press secretary had resigned and the Queen had sent Charles and Diana a letter urging them to divorce quickly.

Read the 1997 special report on Diana’s death, here in the TIME Vault: Death of a Princess 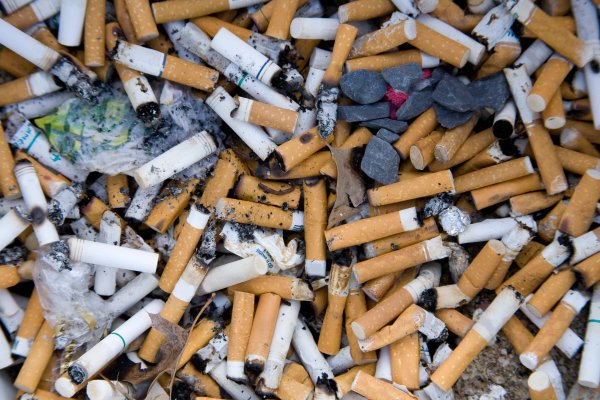 Smoking News to Make You Cringe
Next Up: Editor's Pick