Our Dog Has Cancer and We're Not Treating It. Stop Judging Me.

It took longer than expected to realize something was wrong. Jack has always been so thin that I often soothingly trace the outline of his ribs with my fingers as I fall asleep. But we’d never really worried about it because he always ate as much as he wanted, enjoyed treats galore and remained around a healthy 11 pounds.

So I shrugged when my partner suggested he seemed leaner than usual. When Jack became a bit harder to rouse from naps on my office sofa or his dog bed, I reasoned that cooler weather often made him sluggish. But in late October, after weighing myself on the scale, I picked him up to see the difference. He had whittled to less than 8 pounds.

Three days later, our vet was drawing blood and aspirating lymph nodes that had enlarged under his jowls to the size and shape of Raisinets. Jack was diagnosed with, to quote the email I received with the various results, “Lymphoma, large cell, high-grade type.” Below that was this: “All lymph nodes are prominent. There is a remarkably high mitotic rate.” Translation: Jack has an aggressive cancer coursing throughout his body.

A childhood friend who is now a vet tried to provide hope by urging us to “do the full chemo protocol ASAP!” That could send Jack into remission for “usually 9 to 12 months. However, they can live longer if they have good remission.”

So this was the beginning. My friend did not intend to give us a guilt trip, and neither did our vet when she laid out the same options. But I nonetheless felt shameful as I asked the question that would determine our answer: How much will it cost?

Yes, I was concerned about the impact of chemotherapy on this lovely creature, but all of my research had convinced me that the debilitating nausea and hair loss familiar as side effects in humans don’t usually occur in dogs. In theory, aside from the stress this already nervous little animal would face going in weekly for his drip, it might not be so bad.

But as much as we love our pets, the sticker shock made the rest of the discussion almost academic. The process would cost, at the least, $5,000.

My partner and I are trying to adopt a baby – a human! – and $5,000 gets us about a third of the way there. If that $5,000 could cure the cancer and restore Jack’s full life expectancy, maybe we’d do it. Maybe. It certainly would be a tougher choice. But to buy a year during which we’d be waiting for his lymph nodes to resume their swell? We could endure the end stages either now or later.

We are opting for now, which means we have about 30 days. The end will probably come in time for holidays already shrouded in gloom because of the unexpected loss this year of my mother-in-law. It feels macabrely efficient to ruin just one otherwise festive season rather than string this out and feel this way next year, too.

We’ve received a lot of advice, both solicited and unwelcome, through social media. Nobody comes right out to say it, but the disappointment some express at our decision shows that they question our love for Jack. In an era when people spend big on animal clothes, artisanal foods and medical intervention, and when medical science makes it possible to spend $5,000 so Jack dies slightly later than sooner, there is pressure to go as far as we can.

We’re just too practical for that. Three years ago, Jack was diagnosed with a heart murmur during a routine exam, so we saw a cardiac vet who urged a battery of expensive tests. Armed with advice and courage from vet-author Dr. Nancy Kay’s book Speaking for Spot, I asked about treatment options. Turned out, as the vet reluctantly conceded using jargon I had to repeat back to him in English to be clear, there weren’t any. The murmur would grow gradually louder, then Jack’s heart would fail. Until the end, he’d be unaware and in no distress. When I declined the exams, the vet barely hid his dismay, an exchange that left me with a burble of guilt ever since. Now I feel, strangely, doubly vindicated.

Jack’s cancer, we’re told, is moving wickedly fast. Those Raisinets will soon be grapes, interfering with swallowing, breathing and gastrointestinal functions. There are diet adjustments that might forestall this a bit, and we’re doing that. An oral steroid might slow the cancer, but it also induces incessant peeing. Jack, in normal times, has always told us he needed to go out by trembling. Adding to even more of that anxiety hardly seems wise or humane, so we won’t do that, either. When he’s uncomfortable and there’s nothing palliative left to do, we will end his life.

And, all in all, it has been a lovely little life. We found our dogs whimpering in a cage at the Nevada Humane Society in 2005 with the sign, “Brothers. Must Adopt Together.” The black one was always friendly and cheerful; the brown one was naturally grouchy and suspicious, growling and twisting straight through our first meeting. Their names, Cheech and Chong, didn’t suit them; they would be Black and Jack, my partner decided as we crossed the Las Vegas Strip on our way home.

Their prior owner had trapped them in an apartment bathroom for hours a day before mercifully surrendering them to adoption, so I am the only human either of them has ever fully trusted. Black has mellowed, but Jack still growls if my partner tries to hold my hand when he’s in my lap. Jack is, undeniably, “my” dog; while I half-heartedly scold him for his recalcitrance towards his other owner, I secretly revel in the exclusivity of our little club.

I don’t want to lose Jack. I look at him, still relatively normal, and find it impossible to believe the speed and finality of what is to come. I put aside my book or iPad more often now so I can return his Nancy Reagan gazes, trying to record in my mind the feeling of caressing his silken little ears.

To be a pet owner these days means inevitably exposing one’s self to varying helpings of guilt at every stage. Breeder or shelter? Crate, dogwalker or doggie day care? Treat the disease or let him die?

But I don’t want to feel guilty. We will have enough emotions to contend with. We’re going to brace ourselves and then we will grieve. It’s going to be a crappy time. But we believe this is the right choice. You may not. That’s fine. We won’t judge you, so don’t judge us.

Steve Friess is the co-host of the podcast The Petcast, which will return from hiatus in 2015. 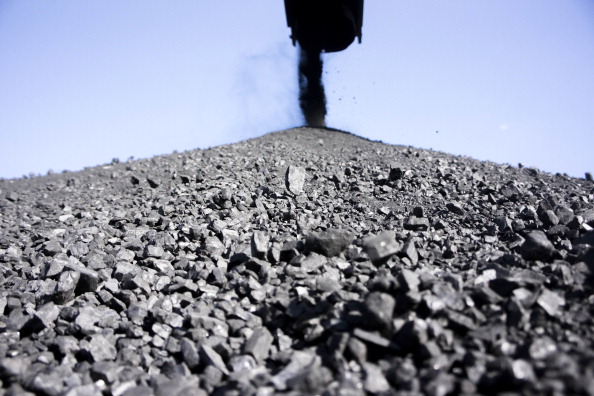 Five Best Ideas of the Day: November 13
Next Up: Editor's Pick