FIFA President Sepp Blatter holding up the name of Qatar during the official announcement of the 2022 World Cup host country at the FIFA headquarters in Zurich, Dec. 2, 2010.
Philippe Desmazes—AFP/Getty Images
By Catherine Mayer

Fans know football as “the beautiful game,” not just a sport but a metaphor in which—given a level playing field, clear rules (well, and this one) and an impartial referee—the best team wins. Ugly scenes sometimes mar the romantic vision, but players who commit fouls are duly punished.

It can often be hard to square this ideal with the off-pitch maneuvers of the bodies responsible for the sport but a Nov.13 statement by the ethics committee of FIFA, the Fédération Internationale de Football Association, the Zurich-based governing body of world soccer, took the World Cup for chutzpah. The statement purported to summarize the investigation commissioned by FIFA into numerous allegations of irregularities behind bid processes that decided Russia would host the 2018 World Cup and Qatar—where daytime temperatures during the summer months of the competition routinely exceed 40°C (104°F)—would stage the tournament in 2022. The announcement trumpeted findings that put Russia, Qatar—and FIFA—in the clear. England’s Football Association (FA), by coincidence one of the organizations to raise concerns about the bid processes, came in for criticism. The FA had tried to “curry favor” with a key official as part of its doomed efforts to win the 2018 competition for London, said the ethics committee statement.

FIFA welcomed “a degree of closure.” The FA rejected FIFA’s criticism. Social media erupted with a mixture of bemusement and contempt. “Is there any grouping of 3 words more certain to induce tears of laughter than FIFA Ethics Committee?” tweeted British journalist @BryanAppleyard. Gary Lineker, a former top soccer player-turned-NBC pundit, also took to Twitter to launch a series of well placed kicks against FIFA and its autocratic President Sepp Blatter.

Lineker may have captained the England team in an earlier life, but some of the angriest responses to Fifa came from people without a dog—or country—in this particular fight. The most startling emanated from Michael Garcia, the former New York district attorney mentioned in one of Lineker’s tweets, who conducted the two-year investigation on FIFA’s behalf. FIFA’s interpretation of his report “contains numerous materially incomplete and erroneous representations of the facts and conclusions,” Garcia complained in a statement of his own. He plans to appeal—as Lineker wrote—to FIFA.

Meanwhile Russia greeted news that its bid had been cleared with equanimity. It had failed to provided much documentation to the investigation because, said FIFA, “computers used at the time by the Russia Bid Committee had been leased and then returned to their owner after the bidding process,” without preserving the email correspondence on them. “We were always sure that they would not find anything unlawful,” Alexei Sorokin, head of Russia’s World Cup bid, told R-SPort news agency. 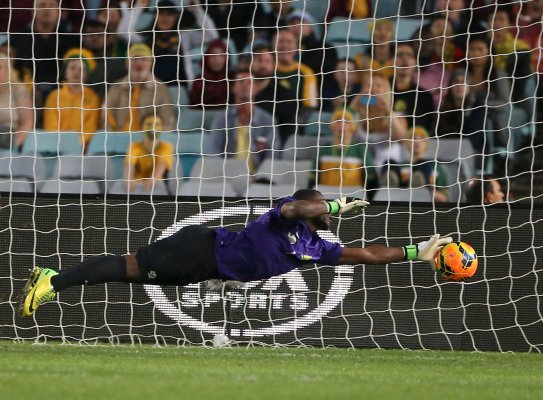