Jennifer Lawrence Cut Her Cameo in Dumb and Dumber To

Jennifer Lawrence at the Hunger Games Premiere at Leicester Square in London on Nov. 10, 2014.
Caron Westbrook—Corbis
By Tessa Berenson

Some J-Law fans may have to cancel their weekend movie plans—the actress reportedly cut her cameo in Dumb and Dumber To.

The actress had filmed scenes as the younger version of Kathleen Turner’s Fraida Felcher, but according to the Hollywood Reporter, she didn’t like her cameo and vetoed the scenes before the final cut.

The directors of the movie and Lawrence’s camp deny the claim. Dumb and Dumber To is set to be released on November 14. 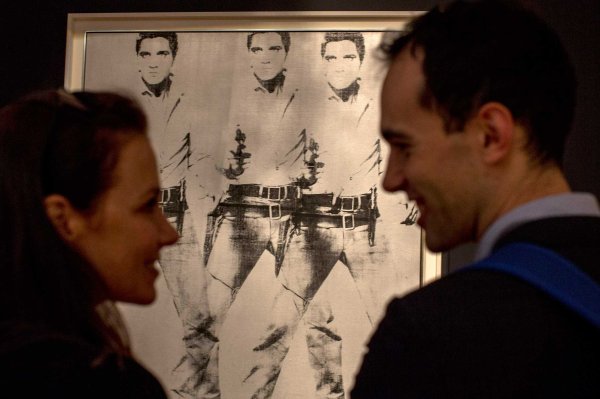 2 Warhol Portraits Sell for Over $150 Million
Next Up: Editor's Pick