GOP Prepares for an Energy Battle

A refinery in Port Arthur, Texas, is ready for the Keystone pipeline.
Michael S. Williamson—Washington Post/Getty Images
By Denver Nicks

Just hours after winning Senate control, the incoming leader, Kentucky Republican Mitch McConnell, left no ambiguity about his top priority. “We haven’t had an energy bill in seven years,” he told a group of reporters in Louisville. “When you say energy these days, people think of the Keystone pipeline, but that’s only part of it.”

Consider that a starting gun on the coming season of energy debates, when everything is likely to be placed once again on the legislative table: pipeline development, oil and gas exports, carbon regulation, renewable energy and drilling on public lands, to name a few issues. Polls show strong support for increased domestic production, and environmentalists are playing defense after a near rout at the ballot box. Perhaps their only big winner on election night was Democratic Governor-elect Tom Wolf in Pennsylvania, who supports cap and trade. McConnell, not surprisingly, plans to seize the moment.

Near the top of his to-do list is bringing the Keystone XL pipeline to a vote. Climate activists have made a priority of killing the proposed pipeline from oil sands in Canada to the Gulf of Mexico, but it may soon become their Alamo. With the cooperation of a handful of centrist Democrats, the GOP could have a filibuster-proof majority on the question, forcing President Obama to approve or veto the project. Either way, he will be forced to show his hand on a question about which he’s been coy to date. “They can force the President to have to make some hard decisions,” says Philip Wallach, a fellow in governance studies at the Brookings Institution. Obama’s willingness to go to the mat on the issue is anything but certain. “I’ve always felt the President was keeping Keystone around as something he could trade for something else,” Wallach says.

One item the President may trade for is continued support for renewable-energy subsidies like the solar-investment and wind-production tax credits, key components of his “all of the above” energy strategy. Those incentives–which help stimulate demand for pricey home solar panels, for instance–remain a lifeline for America’s nascent renewables industry. “Our energy sector is booming, and I’m happy to engage Republicans with additional ideas for how we can enhance that,” Obama said at a press conference after Election Day.

The return of Oklahoma Republican Jim Inhofe to chairmanship of the Senate Environment and Public Works Committee will also be a factor. A longtime bogeyman for environmentalists, he has made himself the face of opposition to taking action on climate change. Like McConnell, who campaigned as a champion of the Kentucky coal industry, Inhofe has in his sights recent Environmental Protection Agency rules that limit greenhouse-gas emissions. “Pretty much no Republican officeholder has supported the clean-power plan the way it’s been proposed,” Wallach says. “They’re going to gear up for a pretty bruising fight on that.”

Obama will try to hold his ground. Polls indicate broad support at a national level–though certainly not in places like Kentucky–for power-plant-emission limits. “If Senator McConnell moves to prevent the President’s climate agenda, he would be siding against the American people,” warns Jeff Gohringer, spokesperson for the League of Conservation Voters, a deep-pocketed environmental group and one of the biggest spenders this cycle.

There are likely to be areas of relatively easy compromise as well, on issues like speeding up permits for facilities to export liquefied natural gas (LNG). The issue cuts neatly across partisan lines: both Colorado’s Senator-elect, Representative Cory Gardner, and the man he defeated, Senator Mark Udall, for instance, proposed nearly identical LNG-export bills.

It’s a place to start. The Senate hasn’t flexed its bipartisan muscles for nearly a decade. Now comes the big test of whether the old skills of compromise can be remembered. As McConnell said on his victory lap, deploying more than a bit of hope, “I think we have an obligation to change the behavior of the Senate and to begin to function again.” 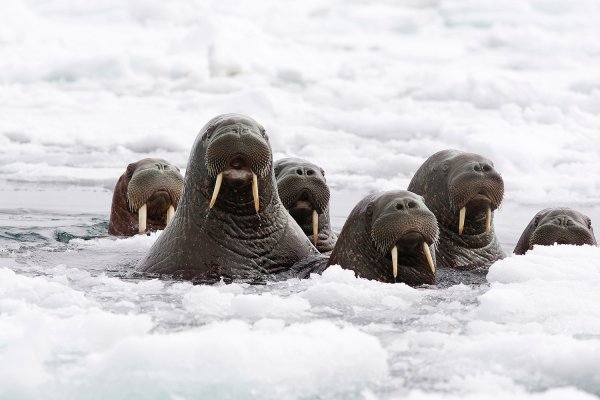