Wrestling is the most elemental of sports: one man grappling another in intimate combat. It follows that Foxcatcher is an investigation of men less comfortable in speaking than in expressing themselves through physical activity that can turn violent. These atavistic impulses start simmering when Mark (Channing Tatum) and Dave Schultz (Mark Ruffalo), the only brothers in U.S. amateur wrestling history to have won both Olympic and world championships, sign up with Team Foxcatcher, run by John Éleuthère du Pont (Steve Carell), heir to the gunpowder and chemicals fortune. Soon they will explode.

Director Bennett Miller’s third feature blends the themes of his previous films: the complementary psyches of killer and journalist in Capote and sports as a nexus of genius and roughhouse in Moneyball. The difference is in Foxcatcher‘s strange, bold muteness. Philip Seymour Hoffman’s Truman Capote was profligately articulate; Brad Pitt’s baseball executive communicated clearly in words, stats and caroming body English. The Foxcatcher men have no such eloquence; Miller describes their discourse as “repressed male noncommunication.”

Du Pont may have been bred to reticence; raising one’s voice on the Foxcatcher estate was simply not done. As for the Schultzes, they express their fury, grudges and superb skills on the mat. A marvelous early scene shows Dave leading his younger brother in a warm-up exercise–a stark ballet of embraces, pats, grips and flips that eventually draws blood. Beautifully choreographed, and revealing emotional vectors that the rest of the movie withholds, the sequence is equally a fraternal tussle, a grudge match and a love match.

John wants into that circle. An accomplished ornithologist, he chafes in the imperious shadow of his mother (Vanessa Redgrave) and all the trophies and ribbons she has amassed as an equestrienne. John considers horses “dumb”; his mother calls wrestling “low.” Eager to show his mettle, he founds Team Foxcatcher–his own stable, with manflesh replacing horseflesh–and collects wrestlers dependent on his largesse.

Even in his comedy roles–The Office, The 40-Year-Old Virgin and the Despicable Me animated franchise–Carell projects a melancholy suitable for lovable losers and, here, a lonely aristocrat. In a delicate, creepy turn that is only occasionally upstaged by the gigantic prosthetic nose he wears, Carell plays John as gray and graceless, an inert entity. John has repressed so many of his family anxieties, as well as his urges to watch muscular men wrestle for his pleasure, that by the middle of the film he is emotionally dead. He may need to kill someone just to prove to himself that he’s still alive.

Ruffalo is fine as Dave, the one major character at ease in his own skin and with others. But Tatum’s is the central performance: most daring because it’s least giving. He has often played young men of thick athleticism and slow wit. It’s proof of Tatum’s intelligence that he can make the audience feel smarter than the characters he plays–until they reveal a sly brilliance halfway through the movie. His Mark never makes that Mensa leap. A gentle galoot, he is so lacking in introspection that he seems not to understand the resentment he’s supposed to feel at being John’s pawn.

Foxcatcher acutely observes the collision of these men–strong in some ways, weak or disturbed in others–without explaining them or the violent act that tears them apart. Even at the end of this potent, perplexing work, the mystery lingers. 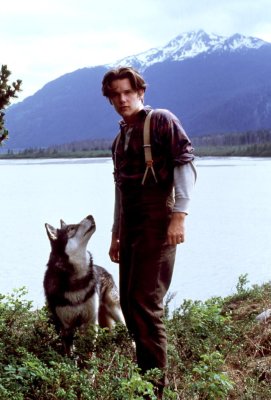