[This article consists of 6 illustrations. Please see hardcopy of magazine.]

By some estimates, Chicago could regain its pre-recession employment levels in 2015, thanks to private businesses, which are experiencing modest growth. The public sector, though, is grappling with undernourished pension funds that threaten to inflate the city’s deficit and hamper recovery. Six of the city’s retirement funds are short $27 billion–roughly half the amount needed to support the system.

Job growth in the City of Brotherly Love has lagged behind most other large U.S. cities for four years. And the government is facing ballooning fiscal problems with insufficient pension funds and other budget gaps that have hammered the city’s cash-starved public schools. But the unemployment rate has dropped sharply over the past year, putting it roughly in line with the rest of the country. The population of millennials is also growing, in part because of the affordability of the area.

St. Louis’ biggest problem? Too many workers, not enough jobs. As a result, the city is suffering from stagnant salaries, weak consumer spending and stunted population growth. Without broad economic expansion and new business creation, St. Louis is expected to underperform against regional neighbors like Chicago and Indianapolis.

Las Vegas’ housing market was one of the nation’s hardest hit during the recession. Today the market has stabilized and housing prices have risen faster in recent months than the national average. Downtown Vegas is experiencing a rebirth, with private investment flowing into a retail park, a health center and varied small businesses. But Sin City remains vulnerable, with tepid job growth and a tourism-oriented economy that tends to thrive only when consumer spending rises nationally.

Hurricane Katrina gave New Orleans the chance for a do-over, bringing in billions of dollars to help rebuild the city. While economic disparities remain, entrepreneurship is up, public schools have improved, and the population is growing. The city was still recovering from Katrina when the recession began, and it weathered that storm relatively well. Job recovery increased 1% in the city between 2008 and 2012.

Manufacturing and fracking have lately been a boon to Northeast Ohio, providing jobs for the region’s workforce and increasing household incomes over the past three years. The region has a significantly older population, because many young residents migrated to more promising job markets during the downturn. But some research suggests that educated, young professionals might be trickling back.

7 Shot at Louisville Protest Over Woman Killed by Police 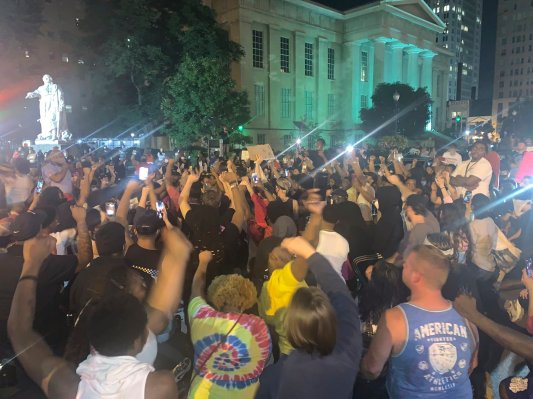