An amored personnel carrier drives on a main road in rebel-territory near the village of Torez, east of Donetsk, in eastern Ukraine, on Nov. 12, 2014
Menahem Kahana—AFP/Getty Images
By David Stout

“Where Russia has made commitments, it has failed to meet them,” she told a U.N. Security Council session in New York City. “Russia has negotiated a peace plan, and then systematically undermined it at every step.”

The general’s assessment is consistent with myriad reports published by the Organization for Security and Cooperation in Europe this week. Monitors reportedly spotted several unmarked but heavily armed columns transporting weapons and troops into rebel-held territory in Ukraine’s conflict-riven southeast throughout the past week.

The scene is eerily reminiscent of the “little green men” invasion of Ukraine in March, when Russian soldiers wearing unmarked uniforms fanned out across the Crimea Peninsula and later forcefully annexed the territory.

However, Moscow continues to deny allegations that Russian forces are being sent to the Donbas, and instead suggested that Kiev was attempting to cover up their own failures to properly govern.

“To justify [Kiev authorities’] misfortunes and the massive sending to the front of people and equipment we are hearing declarations about Russians sending weapons and members of the regular army [to Ukraine],” Alexander Pankin, a Russian envoy to the U.N., told the Security Council, according to RIA Novosti. 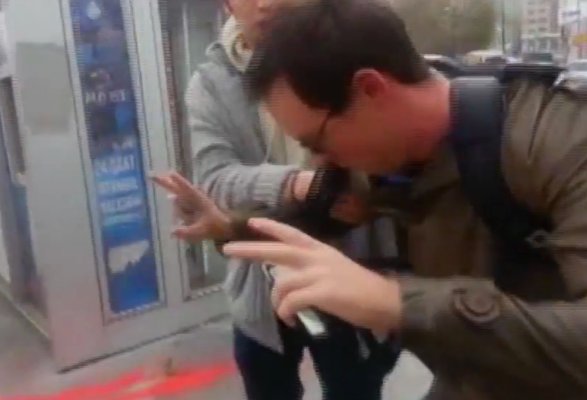