A group of Turkish youngsters assaulted three American naval officers in Istanbul on Wednesday, calling them “murderers and killers” and demanding they leave the country.

The youths belong to a nationalist group called the Turkish Youth Union, or TGB, which released a video of members flinging balloons filled with red paint at the soldiers before grabbing them and putting white sacks over their heads, the New York Times reported.

Turkish authorities have arrested 12 people for the assault, and Foreign Ministry spokesperson Tanju Bilgic issued a statement condemning the “disrespectful act, which is in no way tolerable.”

“These attackers are a great discredit upon the Turks and Turkish reputation for hospitality,” said Pentagon spokesman Colonel Steve Warren, telling reporters that American and Turkish authorities will investigate the incident.

The sailors immediately returned to their ship, the U.S.S. Ross, and their shore leave in Istanbul has been canceled. 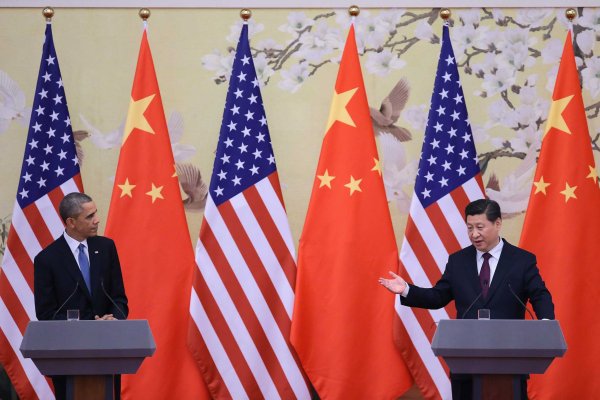 China Shows It's Ready to Grow Up on Climate Change
Next Up: Editor's Pick