Here's a Secular Alternative to the Ten Commandments

Ideas
By Lex Bayer and John Figdor
Lex Bayor and John Figdor are the authors of "Atheist Mind, Humanist Heart: Rewriting the Ten Commandments for the Twenty-first Century."

“Pics or it didn’t happen,” the mantra of the Snapchat generation, is a simple but profound reflection of how we think. It reflects a healthy skepticism. If you’re going to claim something unlikely—I made eight 3-pointers in a row, I met Jon Stewart at Starbucks, or I was dealt a royal flush in online poker and won a thousand bucks—you better have some good evidence to back it up.

Earlier this year, the Christian polling organization The Barna Group shocked the Christian world by producing research showing that 38% of Americans were essentially secular, a category they called “the unchurched.” The category, which describes people who “do not participate in activities such as believing in God, attending church or reading the Bible,” shows that nearly two in five Americans live essentially nonreligious lives. These numbers are consistent with findings from Gallup and Pew showing that one-third of people under 30 are nonreligious and that coastal cities like San Francisco and Boston are 45% nonreligious.

But as happens with the increased prominence of any minority group, widespread misinformation and bigotry is being spread about nonbelievers. In 2010, Pope Benedict erroneously blamed the Holocaust on atheists, and just this year, Louisiana Congressional candidate Zach Dasher falsely blamed the Sandy Hook shooting on atheists. With this sort of misinformation and prejudice, it isn’t surprising to find conservative Christian critics dismayed about the rise of the nonbelievers and the decline of Christianity in modern America.

What is driving the trend toward secularism? Given the beliefs of the “pics or it didn’t happen” generation, it isn’t hard to see why the traditional religious worldview, which advocates for “faith in things unseen,” is becoming less popular. Should we really take it on faith that the Earth is 6,000 years old, that evolution is false or possibly a conspiracy, or that prayer is more powerful than medicine?

Natural skepticism is an important component of the nonreligious view of life. In our view, belief should not only follow the evidence but be proportional to it. This is one of the most important “non-commandments” that we discuss and explain in Atheist Mind, Humanist Heart: Rewriting the Ten Commandments for the Twenty-first Century. The book is about the positive beliefs and values of the nonreligious and guides readers in establishing their own set of personal beliefs. We wrote it to answer the question: “So you don’t believe in God…now what?”

As a Humanist Chaplain serving the community at Stanford University, John meets countless students of this new generation who, after giving up on a belief in God, come to him asking some variation on the question, “What is worth believing in?” Nonbelievers recognize that the scientific method is the best way to understand the natural world, realizing that science has unlocked secrets ranging from the structure of the atom to hereditary traits found in our DNA. We can also apply these critical thinking skills to questions about morality and human behavior. We can look at the contemporary individualistic, Western social model in countries including the United States, and compare it to family-oriented Confucian societies in Asia, or the social democracy model prevalent in Europe.

Faced with the evidence of a multitude of prosperous and harmonious societies with distinctly different moral and ethical systems, many nonreligious people conclude that morality is most likely subjective. The underpinnings of morality stem from the experiences and preferences of real people, not abstract principles or an absolute decree. Our moral compasses—refined through our upbringing, tempered by our society, and informed by our particular experiences, talents, and natural abilities—guide our behavior. Choosing to be moral is a choice motivated by empathy and compassion in our relationships with others and measured more in actions than in words.

While the “rise of nonbelievers” or the “emergence of the unchurched” may be cause for concern for some religious Americans, perhaps existentially so for conservative Christianity, most Americans should be thrilled to have more seculars among us. To help counter the misinformation spread about the nonreligious, sociologist Phil Zuckerman at Pitzer College has compiled some statistics that tell us who they really are. Compared to the general population, Zuckerman finds that nonreligious Americans are younger, more educated, politically independent (though left-leaning), supportive of feminism and gay rights, and strongly opposed to torture and the death penalty.

While there are hundreds if not thousands of books about what atheists don’t believe in, including religion, God, and supernaturalism, there has been comparatively little attention paid to what atheists and humanists do believe. We wrote our book in hopes not only of educating people about the positive beliefs and values of the nonreligious, but also of inspiring other nonbelievers to come out and share their beliefs and values.

To encourage people to introspect about their beliefs, we created the ReThink Prize, and asked people to submit their own beliefs and reasoning for a chance to win one of ten $1,000 prizes. Now that the contest has come to an end, we’re happy to share the wonderful winning beliefs! The winning beliefs addressed themes ranging from personal freedom, to open-mindedness, from critical thinking to compassion and empathy:

1. Be open-minded and be willing to alter your beliefs with new evidence. (Jeremy Jimenez)

2. Strive to understand what is most likely to be true, not to believe what you wish to be true. (Matthew Main)

3. The scientific method is the most reliable way of understanding the natural world. (Isaiah Jackson)

4. Every person has the right to control of their body. (Chris Lager)

5. God is not necessary to be a good person or to live a full and meaningful life. (John Roso)

6. Be mindful of the consequences of all your actions and recognize that you must take responsibility for them. (Jamie Andrews)

7. Treat others as you would want them to treat you, and can reasonably expect them to want to be treated. Think about their perspective. (Carol Fly)

8. We have the responsibility to consider others, including future generations. (Michael Marr)

9. There is no one right way to live. (Eli Chisholm)

10. Leave the world a better place than you found it. (Maury McCoy)

Lex Bayor and John Figdor are the authors of “Atheist Mind, Humanist Heart: Rewriting the Ten Commandments for the Twenty-first Century.” 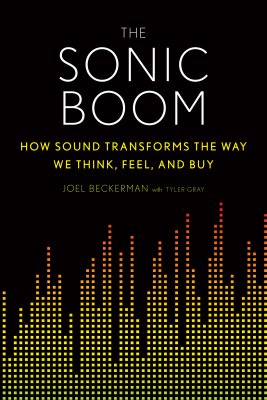 You Don't Have To Understand Music To Feel Its Power
Next Up: Editor's Pick