Here's What You Should Know About Going Gluten-Free

In this Saturday Nov. 23, 2013 photo, Laura Hoffmann, shift manager at Festival Foods in Sheboygan, Wis., makes sure the gluten free products are in their proper spot on the shelves.
Gary C. Klein — AP
By Katy Steinmetz

The market for gluten-free products is rising like bread in an oven—assuming that bread is rising really, really fast.

Shoppers are now spending nearly $9 billion per year to get gluten out of their groceries, up more than 60% from 2012, according to the consumer research firm Mintel. That’s more than Americans spend each year celebrating Halloween and twice the amount shelled out in the 2014 election.

The explosion, which analysts predict will continue, has been both great and not so great for the roughly 1% of people who have celiac disease. The rise has also been driven by some misconceptions among people who don’t need to avoid gluten at all. (You can see what five nutritionists have to say about gluten-free bread here.)

To find out more about the trend, TIME teamed up with My Fitness Pal, who surveyed 1,800 of their users. Here are the results, along with commentary from gluten experts.

And 27% had shopped for gluten-free products.

My Fitness Pal users are not necessarily representative of the American population. They may be more health-conscious or more into fashionable foods. But more than a quarter of the users shopping for gluten-free products suggests the market is growing, particularly in certain segments of the population. Last year, Mintel reported that just 15% of Americans said they ate gluten-free foods. “We’ve seen exponential growth every year that we’ve written a report,” says Mintel food analyst Amanda Topper. “This huge health halo is the majority of what’s driving it.”

Of those who had incorporated gluten-free products into their diet, only 14% reported having a gluten allergy. Far more respondents heard it was healthier, or wanted to lose weight.

Celiac disease and other autoimmune disorders, like juvenile diabetes, are on the rise, says Dr. Stefano Guandalini, a celiac specialist at University of Chicago. And the diagnosis process for celiac has become much more sophisticated over the past decade, so there are more people out there who have health reasons for seeking out gluten-free products. For those with the disease, gluten causes serious problems. Celiac sufferers can get sick, for example, just from using a utensil like a kitchen knife that came in contact with gluten.

But the majority of shoppers throwing gluten-free bread in their bags do not need to avoid that generally harmless protein and are not healthier for doing so, he says. If a person drops gluten from their diet by dropping the carb-packed foods it’s in, they might think they’re losing weight because they’re not eating gluten, he says. But it’s really because they’re not eating as many calories and carbs as they were before. People who swap out their old bread for gluten-free bread, he says, aren’t on a path to weight loss and may actually be getting fewer nutrients in their diet.

“There is no proven clinical health advantage in going gluten-free,” he says. The idea that gluten causes obesity, he says, is “science fiction.” He points to Italy as supporting evidence, where residents consume twice the amount of wheat-based products that U.S. residents do and have an obesity rate of about 10%, compared to the U.S. rate of 35%.

Only 53% of those shopping for gluten-free products went so far as to try gluten-free options at a restaurant.

August 2014 was a big month for celiac sufferers. That’s when a final rule from the Food and Drug Administration went into effect, setting rules for what “gluten-free” on a label actually means. But the FDA rule does not apply to food coming out of restaurant kitchens, where gluten-free items are increasingly on the menu. More than 10% of My Fitness Pal users said they had incorporated gluten-free foods into their diet simply because they were popular, and those people won’t be hurt if restaurants are a little careless with their labels—but celiac patients will. “The attention restaurant owners pay to gluten-free needs has actually decreased,” Guandalini says, because those owners may think someone is ordering a dish to be trendy, not because they have a strict dietary restriction. “The increased popularity of the diet, if not entire menus, has become a little bit risky.”

Still, the enormous increase in options that celiac sufferers like his patients now have because of the gluten-free craze is, generally, a culinary windfall. “They are enjoying a bonanza of these products,” Guandalini says. “They are smiling much more than they did before.” 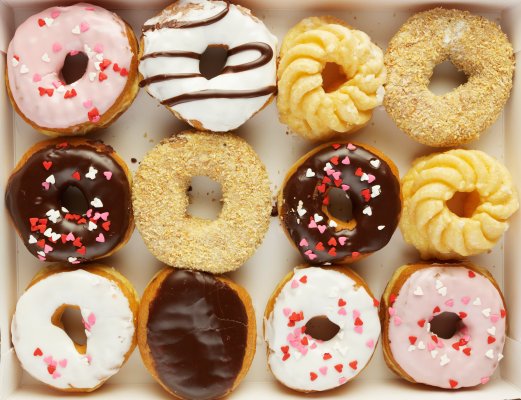 How Trans Fat Eats Away at Your Memory
Next Up: Editor's Pick