The “most successful investor of the 20th century” has a thing or two to teach you about being a great leader. Warren Buffett is a famed philanthropist, business magnate, and sharklike investor. As the CEO and biggest shareholder of Berkshire Hathaway and someone who consistently ranks among the richest people in the world, he’s smart, business savvy, and slick, even into his 80s.

However, the “Oracle of Omaha” is also a notoriously frugal spender and reveres value investing. Having pledged to donate 99 percent of his wealth, he’s proof that sometimes old-school techniques work. If you’re an up-and-coming leader (or just want to be), check out what Buffett can teach you about leadership, wise moves, and humility.

“Risk comes from not knowing what you’re doing,” says Buffett, which means you can do one of two things. Either you can be a big risk taker and gambler, or you can learn what you need to do, play it a little slower, and minimize your risks. Obviously the latter approach is best, but it doesn’t lead to instant gratification. Put those multimillion-dollar fantasies on the back burner long enough to get in control of your risk factor.

“It takes 20 years to build a reputation and five minutes to ruin it. If you think about that, you’ll do things differently.” This is especially true in the digital era, when, if something’s in writing or on video, it’s forever. You can even take a screencap of a Snapchat, so be diligent when building your reputation—online and off. Remember Congressman Anthony Weiner tweeting pictures of his genitalia? Yeah, don’t be that guy. His reputation is toast.

3. On Who You Surround Yourself With

“It’s better to hang out with people better than you. Pick out associates whose behavior is better than yours, and you’ll drift in that direction.” Birds of a feather flock together, and you’re probably not in the position to be anyone’s mentor yet. If you surround yourself with better people, they’ll inspire you to do better yourself.

As I tell my children, “If you want to soar like an eagle in life, you can’t be flocking with the turkeys.”

“In the business world, the rearview mirror is always clearer than the windshield,” quips Buffett. Of course, this is true in every other aspect of your life, too. Stop focusing on that rearview mirror, though, after you’ve gleaned the necessary lessons from it. Move forward, even if that direction isn’t quite as streak-free.

“I bought a company in the mid-’90s called Dexter Shoe and paid $400 million for it. And it went to zero. And I gave away about $400 million worth of Berkshire stock, which is probably now worth $400 billion. But I’ve made lots of dumb decisions. It’s part of the game.”

No successful person is mistake-free, and that’s a good thing. Each stumble is a chance to learn and a warning when you’re tempted to do something similar in the future.

6. On Knowing When to Quit

“Should you find yourself in a chronically leaking boat, energy devoted to changing vessels is likely to be more productive than energy devoted to patching leaks.” In other words, ditch the stubbornness and know when to call it quits. Not every project is worth saving.

Buffett is legendarily frugal. He lives in the same house in Omaha, Nebraska, that he purchased in 1958 for $31,500. He is well known for his frugality, which includes enjoying McDonald’s hamburgers and cherry Coke, and his disdain for technology, such as computers and luxury cars. Despite a net worth measured in billions, Buffett earns a base salary of $100,000 a year at Berkshire Hathaway. It’s a salary that has not changed in 25 years.

Today, many top leaders take as much as they can and live as extravagantly as possible. More leaders should take a page from the book of Buffett.

Listen to the Wisdom of the Oracle of Omaha

These words of wisdom come from decades of experience, success, and failure. Why make the same mistakes somebody else has already made all over again if you don’t have to? With the likes of Buffett doling out advice by the shovelful, take advantage of it–then spend that saved time putting his words into practice. 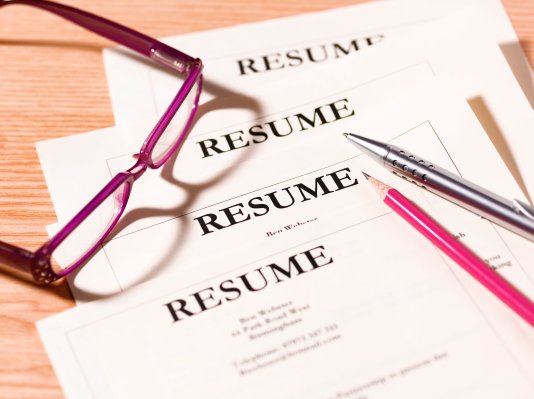 4 Changes That Will Make Your Resume Incredibly Powerful
Next Up: Editor's Pick