This App Is Supposed to Prevent You from Sending Drunk Tweets

A drunk text can wreak havoc on a single relationship, but a drunken social media post can ruin hundreds of connections (maybe even thousands if you’re particularly popular) with just a tap on your touchscreen. Now there’s an app to stop you from becoming an inebriated social media nightmare. Drunk Message Blocker will completely shut down your access to social media. No Facebook, no Twitter, no Instagram, no Snapchat. It’s not the first app designed to protect the drunk smartphone user, but what sets it apart is that it’s the first one to stop you from using your social networks. It’s also incredibly strict. Even if you delete the app from your phone you still aren’t going to be able to put up that embarrassing picture on Facebook.

As with other apps designed to avoid drunken mistakes you’ll later regret, this one does require some advanced planning. You have to input how many hours you plan to be drunk—between one and ten (if you’re going to be drunk for ten hours you should probably just leave your phone at home because there is a 100 percent chance you’re going to lose it). But until your phone can detect your blood-alcohol level through your skin, there will always be a manual component. Still, an app that can keep you from messing up your life in 140 characters is something we could all use from time to time.

Drunk Message Blocker is free in the Google Play store. 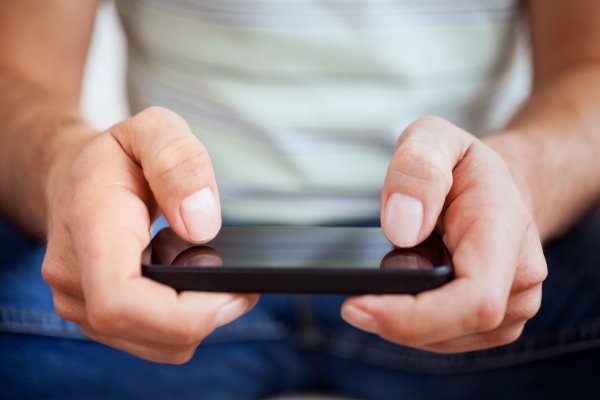 5 Can’t-Miss Apps and Games Free This Weekend
Next Up: Editor's Pick