The health group Doctors Without Borders said Thursday that it will begin testing three therapies it hopes will prove effective in treating Ebola, as the death toll from the disease’s worst outbreak ever surpassed 5,000 and with and with more than 14,000 still affected in West Africa.

The group, which is leading the on-the-ground care of Ebola patients in Guinea, Liberia and Sierra Leone, is partnering with researchers and clinicians who want to learn more about the most promising treatments for Ebola, so that their doctors can provide patients more than the supportive care they deliver now.

MORE: We’re getting closer to vaccines and drugs for Ebola

“We are on the front line, and when you have a disease that kills 50% to 70% of patients, then we have a certain responsibility to try to do our best to host trials for treatments in our facilities,” says Bertrand Draguez, medical director of Doctors Without Borders.

None of the therapies have been tested in the traditional way of moving through all stages of animal models and then into safety and efficacy trials in people. Instead, they are jumping from animal trials and early human safety studies in healthy people directly into patients. But given the urgency of the escalating epidemic, Draguez says, “the worst case scenario would be to not test anything.”

MORE: How Guinea found the vest way to survive Ebola

One trial, spearheaded by the French National Institute of Health and Medical Research (INSERM) will see how well the antiviral drug favipiravir fares against Ebola in Gueckedou, Guinea. Another, headed by the Wellcome Trust, will test the antiviral drug brincidofovir at one of Doctors Without Borders’ treatment centers in the region that hasn’t been designated yet. Finally, the Antwerp Institute of Tropical Medicine will look at the effects of whole blood and plasma from Ebola survivors at the Ebola treatment center in Conakry, Guinea.

Why these three therapies? Draguez says they rose to the top of the list because of a combination of their promise in controlling the Ebola virus and their availability. Other treatments, such as ZMapp, a combination of antibodies that helped at least two U.S. aid workers survive their infections, are worth studying but won’t be available in enough doses to properly test in West Africa. “We said ‘OK, even if a drug looks promising we have to start with what we have,’” says Draguez. Both brincidofovir and favipiravir also have the added advantage of being oral pills and therefore more easily given to and taken by patients, many of whom are too weak to eat.

MORE: Here’s what scientists know about Ebola in Sierra Leone

Patients at the trial sites will be asked if they want to participate in testing new, experimental therapies for treating Ebola, and will be given detailed information about the drugs and their potential risks. Any patient can refuse to participate, and his care will not be affected by his decision.

The trails will focus on how well they help patients to survive for 14 days after the therapies start—enough time, the researchers hope, to suppress Ebola’s activity and encourage the patients’ own immune systems to fight the infection and begin to clear the virus.

MORE: WHO chief says Ebola response ‘did not match’ scale of the outbreak

The trials represent an important first step in gathering critical information about how best to treat Ebola infection. To date, such data is sparse—most of the information comes from case studies, and those primarily involved supportive care such as hydration and nutrition, which are important for patients in the early stages of infection, but can’t help those who are sicker. The handful of cases involving some of the experimental therapies aren’t enough to guide doctors on proper dosing, nor are they sufficient to give physicians confidence that they aren’t doing more harm than good when they use them.

The World Health Organization (WHO) and the countries’ Ministries of Health are also working with Doctors Without Borders and the study leaders to conduct the trials. WHO also recently announced plans to test two vaccines in West Africa as well.

All of these trials are designed to finally provide some order in the house of Ebola treatments. While the goal is to turn the results around quickly—the first data are expected in February 2015—it’s possible that much of what is learned from these trials may come too late for those currently infected. But they will prove invaluable for the inevitable outbreaks that emerge in the future. 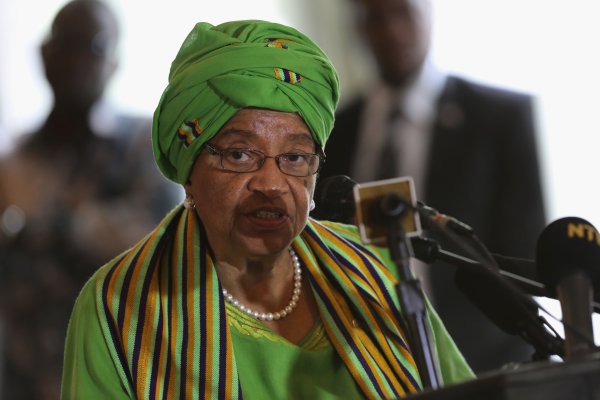 Liberia Lifts State of Emergency Over Ebola
Next Up: Editor's Pick