These Are the Poorest Cities in America

The Detroit city skyline viewed from Windsor after the Detroit Red Wings NHL game against the Chicago Blackhawks at Joe Louis Arena on March 31, 2013 in Detroit, Michigan.
Tom Szczerbowski—Getty Images
By Ryan Chiles/FindTheBest

Poverty—like the creation of wealth—is a fact of city life.

Here at FindTheBest, we recently examined the most current Five-Year American Community Survey (ACS) data released by the U.S. Census Bureau in 2013 to find the wealthiest cities in America. To fill out the picture of many of these cities, we picked apart the same data set and turned our lens on the places with the highest percentages of households making less than $25,000 a year.

Listed in descending order by the percentage of households with annual incomes below $25,000, here are how the 34 American cities with more than 500,000 residents compare. You can explore each city in greater detail by clicking into the table:

Where Are the Poorest Cities in America? | FindTheBest

As of 2012—the last year considered in the most recent five-year ACS data—the poverty threshold for a four-person household was $23,492. This amount is a weighted average based on the range of income increases each additional related child necessitates (for a household of four, that’s a maximum of three children). This is according to data from the U.S. Census Bureau.

In the six major U.S. cities with the highest percentages of poverty, at least one in three households make less than $25,000 per year. In Milwaukee and Philadelphia, the proportion is higher at 37.8 percent and 37.6 percent, respectively, and in Detroit, it approaches one in two (49.2 percent). The average across all 34 cities is 28.6 percent.

Taking a step back, Detroit—which is getting ready to emerge from the largest municipal bankruptcy in U.S. history—has by far the highest percentage of households earning less than $25,000 per year (49.2 percent).

Moving down the list, cities in the west tend to have fewer households under this $25,000 threshold compared with cities in the midwest and east. Four of the five cities with the lowest percentages of households making under $25,000 per year are on the west coast.

One potential reason for this geographic split could be the role public transportation plays in bringing poorer people to city centers, which is exactly what Edward Glaeser, Matthew Kahn, and Jordan Rappaport argued in 2000 in a working paper for the National Bureau of Economic Research. (the paper was later published in The Journal of Urban Economics in January 2008.) In their view, it isn’t the city itself that creates poverty. Rather, increased levels of mobility and opportunity provided by the central city encourage poorer people to congregate there. Cities in the east and midwest tend to have more public transit options, whereas the car is a central part of sprawling cities in the west — a situation that could lead more poorer people to eastern cities than their western counterparts. More favorable city governments also could play a role.

Municipal management aside, once again, it’s also hard to discount the role of education in creating wealth through information spillovers. While Boston’s 30.8 percent clearly complicates this notion, given that it has solid bachelor’s and graduate degree metrics, the observation remains largely the same — cities situated near world-class research institutions or else with larger numbers of bachelor’s or graduate degree holders tend to fare better.

This article was written for TIME by Ryan Chiles of FindTheBest. More from FindTheBest:

The 10 Most Diverse Colleges in America

The 11 Most Capable AWD Sedans for the Adventurous 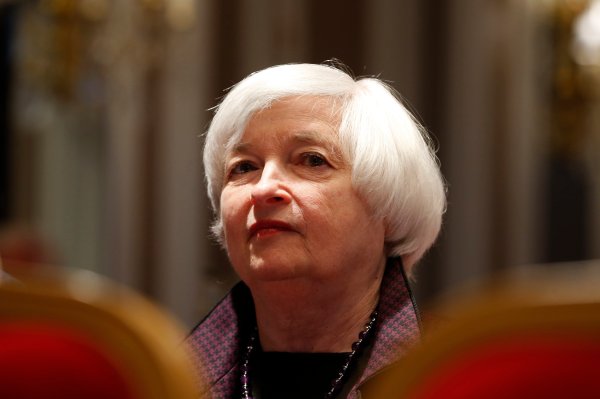 Hurray! Americans Are Quitting Their Jobs
Next Up: Editor's Pick