Speaking More Than One Language Could Sharpen Your Brain

Speaking more than one language does the brain some good.

A recent study found that bilingual speakers may actually process information more efficiently than single-language speakers. Researchers from Northwestern University, in Illinois, and the University of Houston used brain imaging to look at bilingual people’s comprehension abilities. They found that people who speak more than one language are comparatively better at filtering out unnecessary words than monolinguals, whose brains showed that they had to work harder to complete the same mental tasks.

The study, published in the journal Brain and Language, used functional magnetic resonance imaging (fMRI) to look at what’s called coactivation and inhibition in the brain. Coactivation is the ability to have both languages simultaneously active in the brain, while inhibition is that ability to select a correct language while hearing more than one at a time. The researchers studied 17 Spanish-English bilinguals and 18 monolinguals, and had them undergo tests that assessed their brains’ ability to eliminate irrelevant words.

For example, in one task the participants heard the word cloud and were then immediately shown four pictures. One of the photos was of a cloud, and another was a similar-sounding word like clown. The goal was to watch how quickly the brain could make connections to the correct word. Bilinguals were consistently better at the task.

The results create a bit of a chicken-or-the-egg scenario. Is a bilingual person better at such tasks because of their expertise in both languages, or are people with greater comprehension capacity better equipped to master multiple languages? It could be a mixture of the two. The researchers of the new study believe that being bilingual is a constant brain exercise. So instead of tackling a puzzle, why not give a new language a shot, if not solely for the brain challenge.

Read next: The Secret to Learning a Foreign Language as an Adult 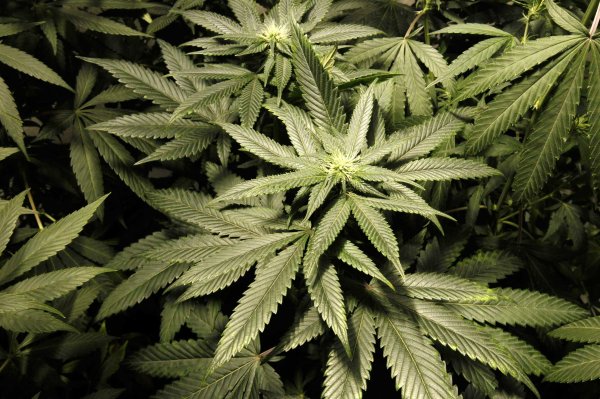 Pot Use Correlated With Lower IQ
Next Up: Editor's Pick