White House to Women and Girls of Color: We Care

Senior advisor to the president Valerie Jarrett walks through the Colonnade of the White House on Jan. 28, 2014 in Washington.
Mandel Ngan—AFP/Getty Images
By Maya Rhodan

Responding to criticism it has overlooked the problems of young women of color, the White House sought Wednesday to promote its work on behalf of young black and brown women and girls, releasing a formal report and announcing the creation of a working group that will address “challenges and opportunities for women and girls of color.”

Advocates for women and girls say the administration has left girls behind, focusing instead on issues facing young black and brown men and boys in the last year since the White House launched the My Brother’s Keeper Initiative, a widely-praised mentorship program. The Obama Administration argues it has been focused on women from the start.

“Since day one of his Administration, President Obama has focused on increasing opportunity for women and girls, as part of his larger focus on expanding opportunity for each and every American,” Senior Adviser to the President Valerie Jarrett said in response to critics over the summer, boasting the Lilly Ledbetter Act and the creation of the White House Council on Women and Girls as major accomplishments on behalf of women that should have had a trickle down effect on the lives of black and brown women.

But for many young girls within black and brown communities, that aid hasn’t materialized. According to the White House report, black and Hispanic girls graduate at higher rates than their male counterparts, but they are still 14.6 and 12.8 percentage points, respectively, less likely to graduate from high school than their white peers. They face similar problems with school discipline and violence as young black and brown boys. They’re also more likely than white girls to get pregnant at a young age, jeopardizing their educational and financial futures. Black and Hispanic women are overrepresented in low-paying jobs and less than half have access to paid leave at work.

That’s not to say there hasn’t been progress, as the Obama administration is quick to point out. An estimated 12.5 million women of color have benefited from the Affordable Care Act’s expansion of access to women’s preventative services. The administration is working directly with Historically Black Colleges and Universities to develop culturally relevant conversations on campus sexual assault. And they’re also working within tribal communities to address health issues specific to Native women, among other policies that cater to women. In January, the Department of Education will also partner with the White House and convene on increasing minority girls’ opportunities in science, technology, engineering and math (STEM).

The impact of the report and the event at the White House on Wednesday is unclear. The roll out isn’t being met with as much fanfare as the My Brother’s Keeper Initiative, which garnered support from hundreds of communities and organizations. Much of the report is dedicated to highlighting existing administration efforts that address problems facing all women and girls, including some that have had a particular impact on minority communities, rather than presenting a call for solutions.

Melanie Campbell, a civil and women’s rights activist who attended the White House event Wednesday, says its a start. “It’s a positive move to expand the conversation and start to hone in on where we see disparities,” Campbell says.

In a June letter, over 1,000 activists, celebrities, educators and community members led by the African American Policy Forum signed an open letter to the White House, urging the program to be more inclusive. “It makes no sense to equip the canary with a mentor, a gas mask and or some other individual-level support while leaving the mine as it is and expecting the females to fend for themselves,” the letter reads. “If the air is toxic, it is toxic for everyone forced to breathe it.”

Kimberlé Williams Crenshaw, a professor Columbia Law School and a co-founder of the African American Policy Forum, says it’s a reminder that the issues facing women and girls are considered “separate and unequal.”

“Separate and unequal is just not sufficient given the level of crises facing women and girls of color,” says Crenshaw. “I guess giving something is better than nothing, but this is a far cry from a solution that promotes equity.” 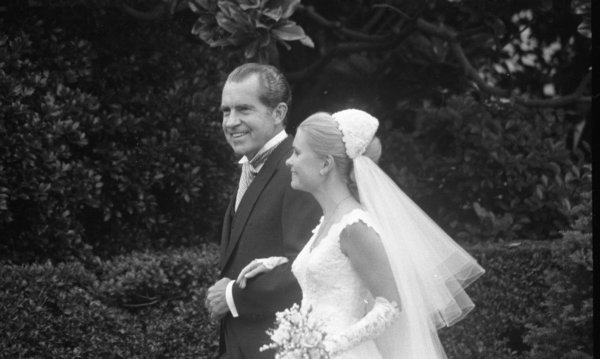