To celebrate the successful touchdown Wednesday of its Philae lander on Comet 67P, the European Space Agency released these three music videos inspired by the decade-long mission and scored by Greek composer Vangelis. The videos show an entrancing artist’s rendition of Comet 67P “dancing” in space, as well as an animation of Philae’s journey to the comet on the Rosetta spacecraft.

Philae will remain on the comet’s surface as it approaches the sun and will relay data back to Rosetta as it continues to orbit 67P. The mission is expected to end in December 2015. 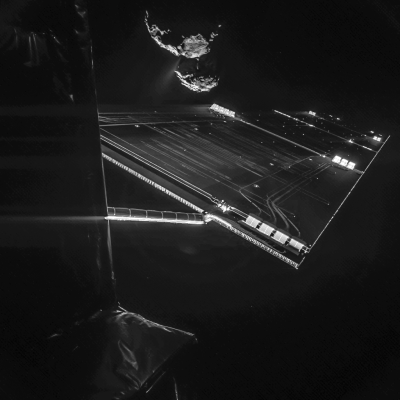 See the Rosetta Spacecraft's Best Photos of Comet 67P
Next Up: Editor's Pick