SeaWorld is heavily emphasizing conservation amid controversy over its killer whales.
Orlando Sentinel—MCT via Getty Images
By Fortune / Ben Geier

SeaWorld means different things to different people. To some, it’s a place where you had fun watching the Shamu as a kid. For others, it’s a terrible place where animals are abused.

For investors, though, its increasingly looking like a sinkhole.

The company released its third quarter earnings report today, and things are not looking good. The firm’s rotten 2014 continued, with revenues and earnings down and no light at the end of the tunnel. Here are a few important things to note in today’s report.

What you need to know: The biggest problem with SeaWorld? Fewer people are going. The parks drew 8.4 million visitors in the third quarter, down from 8.9 million in the third quarter of 2013 — a 5.6% decline. Attendance is especially important in the third quarter for theme parks — it makes up the summer months, where kids are out of school and families are most likely to take a vacation. In a year when the economy was generally doing better, for SeaWorld to see a decrease in attendance is the clearest sign that there are serious problems with the company.

The big number: Revenue for the quarter clocked in at $495.8 million, significantly down from $538.4 million the year before. This is obviously unsustainable, and with no sign coming of a strong reversal in revenue, the company has to look to impact the bottom line in another way — through cost savings. The earnings indicated that the SeaWorld is looking to implement a plan to save $50 million in expenses annually by the end of 2015.

What you may have missed: It’s bad enough that fewer people are going to SeaWorld. The real kicker, though, is that the people who do go through the turnstiles are spending less money to do it. Due to promotions and a less favorable customer mix, the average price paid for admission was $36.47, down 5% from 2013. The total spent per capita on food and other in-park purchases was up slightly, but the total spent on a day at the park per visitor was down nearly 3% to $58.99. 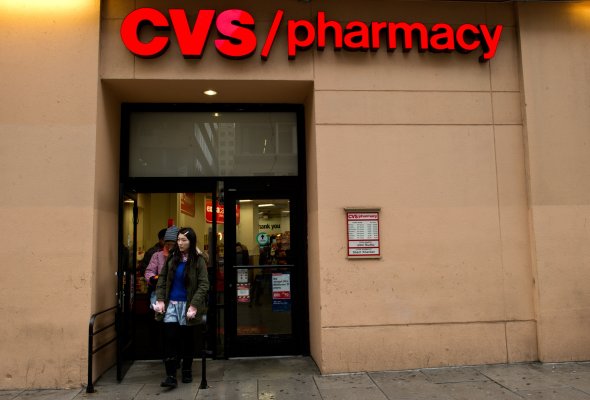 CVS Revenues Up After Cigarette Sales Ban
Next Up: Editor's Pick