What Does It Mean to 'Break the Internet'?

Late Tuesday night, Kim Kardashian’s butt announced it would “break the Internet” when it appeared on the cover of Paper magazine. But what does “breaking the Internet” even mean? Is the Internet like a Gameboy that can break if someone sits on it by accident?

Apparently, the Internet is about as durable as an 87-year-old hip.

And when it comes to Internet buzz, Kim Kardashian is Shiva the Destroyer — she has created a fame engine so big, she can dominate Twitter by flashing her nether cleavage (which, by the way, everyone has already seen.) But the most interesting circle on the Kim Kardashian cover isn’t her glistening derriere — it’s the tiny zero in $10, which is what that magazine costs. Paper magazine is just what it says it is: a magazine made of paper, and it costs money to buy it. That Kim Kardashian can “break the Internet” with a print magazine cover (as opposed to, say, an Instagram) is perhaps the biggest coup of all.

Paper Magazine is a small but prestigious art and fashion publication with an edgy bent. So while her Vogue cover with Kanye helped legitimize Kardashian with the fashion set, Paper is a better print venue for her to bare it all in a non-pornographic way. It’s prestigious in an artsy way, but not too prestigious to demure from the full-butt experience. Plus, print is always unexpected, and Kim loves the unexpected–remember her divorce from Kris Humphries?

It’s reminiscent of Benedict Cumberbatch’s recent old-fashioned newspaper engagement announcement, which immediately went viral. Most of the fascination was the news that Sherlock was off the market, but there was the added shock that the announcement wasn’t made on Twitter or Instagram, but instead appeared on a piece of pulpy grey newsprint in The Times of London. “It’s a kind of traditional thing to do,” Cumberbatch told People magazine. “I wanted to have some control over the message.”

Obviously, if the Internet does actually break, a paper magazine is probably not going to be what breaks it. Google Chairman Eric Schmidt said in October that surveillance programs like the NSA are “going to end up breaking the Internet,” because foreign governments won’t trust the United States not to snoop on their online activities. And according to The Guardian, sharks could “break the Internet” by nibbling at underwater cables.

Those events might change internet. But in the context of viral media content, “breaking the Internet” means engineering one story to dominate Facebook and Twitter at the expense of more newsworthy things. (Like, for example, the fact that humans have landed a probe on a comet for a first time in history.) So perhaps a more accurate term would be “hijacking the Internet,” since really these stories seem to be manipulating online fervor rather than shutting the whole thing down.

Sometimes people “break the Internet” by accident, which was the case for Alex from Target, the baby-faced Target checkout boy whose photo when viral after he was photographed by a teenage girl (and who is reportedly kind of freaked out by his internet fame.) Another example of accidental internet takeover is PR director Justine Sacco, whose offensive AIDS tweet went immediately viral and cost her her job.

But for celebrities, Internet destruction more often a calculated PR maneuver, designed to maximize social media hype and make themselves — or their projects — the center of attention. That’s what happened with Beyoncé last year — her self-titled album dropped the night of Dec. 12, 2013 with no fanfare or PR announcement, and by the next day she dominated Twitter, Facebook and iTunes. And this month, Taylor Swift’s entire rollout of her album 1989 has been calculated to maximize social media buzz, from dropping the first single (“Shake It Off”) through a Yahoo! livestream event to removing her entire catalogue from Spotify. Add her new Tumblr presence and her surprisingly thoughtful interaction with fans, and you’ve got an Internet tornado.

Kim Kardashian and the editors of Paper weren’t quite as strategic as Swift, but they do get points for irony. After all, the web helped eclipse print partially because of the popularity of bare butts online, so if this magazine cover were really able to break the internet, it’d be sweet revenge for paper and ink.

Read Next: Kim Kardashian’s Butt Is an Empty Promise 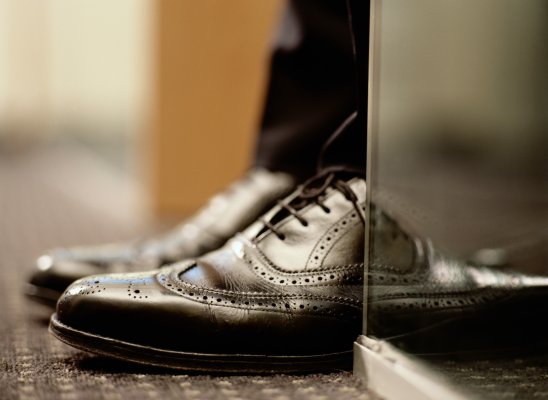 Is This the Most Hated Man in the World?
Next Up: Editor's Pick