The Words and Wisdom of Former Russian Agent Anna Chapman

Anna Chapman, the former Russian spy who pleaded guilty to conspiracy and was deported to Russia as part of a prisoner swap, refuses to fade into obscurity.

She sends regular tweets to her 17,000 followers ranging from the US author Max Lucado: “You change your life by changing your heart” to the Greek philosopher Aristotle: “The roots of education are bitter but the fruit is sweet”.

Chapman, 31, the daughter of an alleged KGB officer was arrested by New York police in 2010 and accused of being part of a network of sleeper agents. She was deported in a spy swap with nine others, and welcomed back to Russia by Vladimir Putin.

She has maintained a robust Twitter presence in recent years, posting aphorisms by a wide range of variably inspiring individuals from Socrates to Bruce Lee to Napoleon Bonaparte. Here are some of her tweets.

This maxim is good advice… for a spy.

This one, not so much.

And this one is an Anna glamour shot.

Earlier this year, Chapman started her own fashion brand of “casual clothes” at the Turkish resort of Antalya, hiring young designers from Russian fashion colleges. Launching the line at the Dosso Dossi Fashion show 2014, Chapman is said to have wanted to produce clothes “you could wear anywhere, form a big city to a backwater village.”

The fashion line includes women’s handbags that look like books by radical Russian writers of the 19th century, including Alexander Herzen and Nikolay Nekrasov. 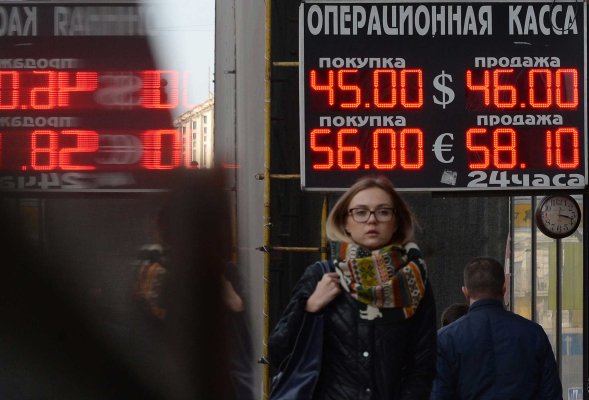 Russians Brace For Thrifty Christmas As Sanctions Hit
Next Up: Editor's Pick