Why You Should Care About Obscure Asian Trade Pacts

As the very name tells you, the Asia-Pacific Economic Cooperation (APEC) summit in Beijing this week was mostly about business. And for good reason. Cross-Pacific trade — especially between Asia and the U.S. — is what made countries like China, Japan and South Korea as rich as they are today. So all of the national leaders who attended — from U.S. President Barack Obama to Russian President Vladimir Putin to China’s President Xi Jinping — are incentivized to promote freer exchange between their economies, and as a result, much of the talk at the summit regarded pacts aimed at further reducing barriers to exports and imports.

But these days, trade has also become a tool of geopolitical strategy, and that, too, showed itself at APEC. Different Pacific powers are pushing for different trade deals. How that competition plays out in coming years will help shape the region’s political and economic future — and most of all, the role the U.S. may play in Asia for decades to come.

China’s Xi is promoting a regional pact called the Free Trade Area of the Asia Pacific (FTAAP), which would build on the many overlapping free-trade agreements in East Asia. On Tuesday, he said that APEC countries “should vigorously promote” the FTAAP and “turn the vision into reality as soon as possible.” China made a bit of progress on this agenda. In their official communiqué, the APEC leaders pledged “to kick off and advance the process in a comprehensive and systematic manner” and set up a committee to undertake a two-year study on forming the FTAAP.

Meanwhile, Washington is advocating a rival trade deal, the Trans-Pacific Partnership (TPP), a 12-nation agreement that includes countries as far-flung as Japan and Chile — but, most importantly, excludes China. The U.S. sees the TPP as a way of redirecting trade toward America, while pressuring China to eventually conform to more market-oriented trade and business practices. Obama on Monday said that he saw “momentum building” toward the completion of the TPP.

Which one of these trade deals comes to fruition will have major implications. That’s because trade flows translate into political muscle. For much of the modern history of Asia, the U.S. was at the center of a vast trading network in which factories around the region manufactured goods exported to American consumers. But the position of the U.S. has declined in recent years. Only 14.2% of Asia’s merchandise exports were shipped to the U.S. in 2013, down from 23.7% in 2000, according to the Asian Development Bank. Meanwhile, as China’s economy has grown into the world’s second largest, it has started to transplant the U.S. as the main trading partner for many Asian countries, and that shift has added to Beijing’s political clout in East Asia — at the expense of the U.S.

Beijing wants to keep that trend going, hence the push toward the FTAAP. The U.S. would rather have the TPP, as a way of maintaining its own influence in East Asia and countering rising Chinese power. Right now, the U.S. has the edge. The TPP talks may be dragging on (mainly due to Japanese resistance to opening its highly protected agriculture sector), but they are very advanced, while China’s pact is just inching off the ground. Though China won a minivictory getting its deal a green light at APEC at all, the nod is just the tip-off to what promises to be a long, arduous process — which may or may not go anywhere in the end.

Further complicating matters is the need for the U.S. and China to cooperate on trade with each other. The U.S. market is critical to Chinese economic growth — China exported more than $440 billion worth of stuff to America last year alone — while access to China’s expanding middle class is no less important for the future of many U.S. companies. That leaves Beijing and Washington in the odd position of both competing over and signing onto trade deals. On Monday, the two hammered out a long-awaited understanding to expand the number of products covered under another pact, the Information Technology Agreement, or ITA. This bilateral step could lead to a much bigger trade deal at the World Trade Organization that promises to reduce tariffs on a wider array of IT goods, potentially giving a big boost to U.S. tech outfits.

What that shows is how the U.S. and China, despite their geopolitical contest for dominance in East Asia, ultimately have no choice but to do business. Whatever trade deals eventually win the day — the TTP, the FTAAP and so on — the world’s two biggest economies may have to create a few more acronyms they can share. 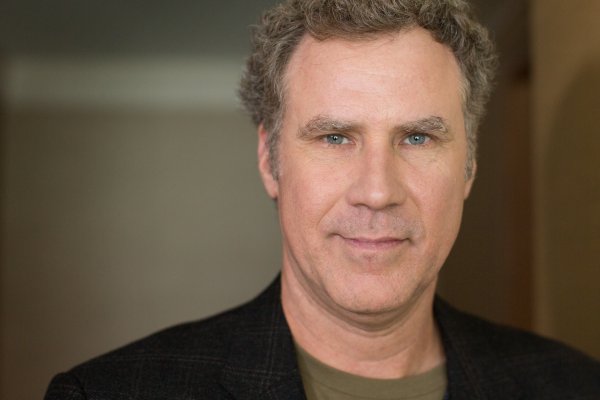 Funny or Die Could Be Getting Serious About a Sale
Next Up: Editor's Pick