Quentin Tarantino Reveals Plan to Retire After Movie No. 10

Director Quentin Tarantino reacts as he arrives to attend the closing ceremony of the 67th Cannes Film Festival in Cannes May 24, 2014.
Yves Herman—Reuters
By Rishi Iyengar

Quentin Tarantino revealed this week that he plans to call it quits after making his 10th film.

“It’s not etched in stone, but that is the plan,” the director of cult classics such as Reservoir Dogs, Pulp Fiction and Kill Bill told an audience at the American Film Market conference in Santa Monica, according to Deadline. “If I get to the 10th, do a good job and don’t screw it up, well that sounds like a good way to end the old career.”

The filmmaker was at a session with the cast-members of his latest release, a Western called The Hateful Eight. The film, which centers around a group of outlaws stranded in a blizzard, also happens to be his eighth. “I like that I will leave a 10-film filmography,” he said, “and so I’ve got two more to go after this.” 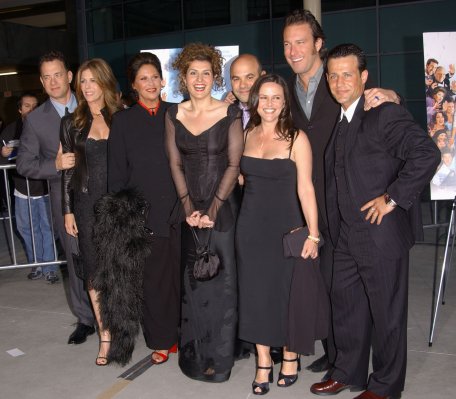 My Big Fat Greek Wedding 2 Picked Up by Universal
Next Up: Editor's Pick