HBO’s Concert for Valor drew hundreds of thousands of fans to the National Mall in Washington, D.C., with millions more tuning in on television screens and radios across the country to hear performances by Rihanna, Eminem, Bruce Springsteen, Carrie Underwood, Dave Grohl, Metallica and many more.

The Concert for Valor was staged to boost awareness of veterans’ support groups, raise funds for veterans charities and salute the troops who do so much for the country. Fans came out in force to support the cause and to see stars like Dave Grohl, the Zac Brown Band, John Oliver, Meryl Streep, Steven Spielberg, Will Smith and Tom Hanks, who all seemed to mirror the sentiments summed up by Jamie Foxx,”I came because it’s just the right thing to do.”

Jennifer Hudson performed “The Star Spangled Banner” to open the concert. After a video message from U.S. President Barack Obama, she was joined onstage by Jessie J for a powerful performance of David Guetta’s “Titanium.”

Dave Grohl greeted his hometown crowd, “We’ve got a lot of heroes here tonight, we’re going to sing for them.” He then launched into acoustic versions of some Foo Fighter favorites like “Everlong” and “My Hero,” which turned into a tear-jerking, flag-waving singalong anthem.

Zac Brown band deliver a rousing rendition of “America the Beautiful” and were soon joined on stage by Bruce Springsteen and Dave Grohl for a rollicking rendition of Creedence Clearwater Revival’s “Fortunate Son,” which some viewed as a controversial song choice due to its anti-war sentiment.

After the Black Keys whipped the crowd into a frenzy with their tracks “Fever” and “Howlin for You,” Carrie Underwood, pregnant and in heels, performed her song “See You Again.” (Read about the military family that changed how she sings the song here). Then backed by the Singing Sergeants of the US Air Force, she performed “Something in the Water” followed by a crowd-pleasing version of “Before He Cheats.”

Metallica was introduced by Jack Black and took the stage sounding loud and proud for a medley of “For Whom The Bell Tolls,” “Master of Puppets” and “Enter Sandman.” They ended their raucous set by dedicating the songs to the troops, “Finally, we get to play for our heroes!” and leading the crowd in a chant of “USA! USA!”

Bruce Springsteen returned to the stage for a stripped down, acoustic set including a haunting version of “Born in the USA,” and a bare bones “Dancing in the Dark” and dedicating his performance of “The Promised Land” to service members who just returned home.

Bryan Cranston did his best Heisenberg impression, encouraging everyone to hire veterans at their companies, before introducing Rihanna who looked like a sparkly Batgirl in a floor-length caped pantsuit to perform “Diamonds” and “Stay.” She was joined onstage by co-headliner Eminem for their hit “Monster.”

As Rihanna left the stage, Eminem made the most the concert being aired on HBO by encouraging everyone to “give it up for motherf–king Rihanna.” The crowd cheered, while the millions of people listening to the show on iHeartRadio undoubtedly enjoyed the beep. Eminem dedicated his track “Not Afraid” to the troops who came home and those who did not. He then launched into “Lose Yourself” and the crowd roared its approval.

Before the concert, officials predicted that the free concert would be the largest gathering on the National Mall in years, surpassing the Fourth of July and many presidential inaugurations. Proving the point, the Park Police tweeted out a photo of the impressive crowds gathered at the National Mall: 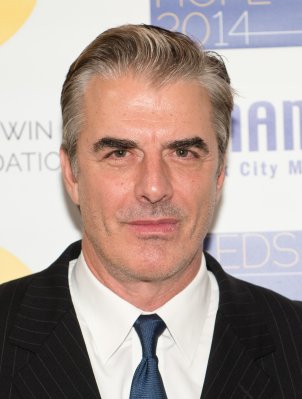