Comcast Just Trolled Us All on Net Neutrality

The country’s largest Internet provider wants you to know that it “agrees with the President’s principles on net neutrality,” as a headline on a Tuesday afternoon blog post from EVP David Cohen reads. Net neutrality is the idea that all Internet content should be treated equally in terms of speed, a concept that’s in jeopardy because of a Supreme Court decision at the beginning of this year that struck down the Federal Communications Commission’s 2010 Open Internet rules enforcing it.

It’s an attention-grabbing headline from Comcast, a company that net neutrality advocates are making out to be among the most nefarious of the bad guys in the ongoing open Internet debate. Right off the bat, it looks like Comcast is agreeing with President Obama, who on Monday unexpectedly came out in favor of reclassifying broadband Internet as a utility. That’s a move big telecoms like Comcast should hate, because it would give the Federal government more authority to regulate their business. So what’s the deal?

Cohen’s post claims Comcast agrees with Obama’s goals for an open Internet — no blocking content, no slowing down content, more transparency about network practices and no paid fast lanes. Cohen goes on to say that Comcast disagrees with the President on how those rules should be enforced. There’s a wide gulf here: Obama only made news Monday because he called for the Internet to be reclassified under Title II of the Communications Act, a bold move that would categorize Internet providers as “common carriers” and trigger an all-out legislative and judicial war between telecoms, the FCC and advocacy groups.

Comcast, meanwhile, says the Internet should fall under Section 706 of the Telecommunications Act, which gives the government far less authority to regulate Comcast’s business. So there’s no real agreement here at all.

That aside, the problem with Comcast’s Title II/Section 706 logic is that the FCC tried to use non-Title II authority to enforce its Open Internet rules starting back in 2010. But the courts ruled that wasn’t a valid approach, because the agency had previously and explicitly decided not to classify broadband under Title II — meaning the agency starved itself of the regulatory power it would need to legally enforce those rules. Since that ruling, the FCC under Chairman Tom Wheeler has been scrambling to find a way to enforce the Open Internet rules without running afoul of the courts.

Comcast, in its blog post, maintains that the courts left the FCC a way of doing that without triggering the Title II nuclear option — but the reality is that scenario is looking increasingly unlikely. Instead, many observers, including the President, see the FCC’s best path forward as reclassifying broadband providers as common carriers under Title II, but practice what’s called “forbearance,” or use only the regulatory power afforded under Title II the agency deems necessary to enforce its Open Internet rules. How comfortable you feel with that idea, of course, entirely depends on how much you trust a government agency to practice regulatory restraint.

It’s also worth pointing out that Comcast’s blog post makes it a point to advertise that it already practices the Open Internet rules for which Obama’s arguing — but it’s also legally obligated to do so through 2018 as a condition of its merger with NBCUniversal, a fact that’s missing from the post. Comcast also makes a dubious-at-best claim that it doesn’t “prioritize Internet traffic or have paid fast lanes,” even though Netflix is paying Comcast (and, since, other Internet Service Providers) to more quickly deliver Netflix’s content to Comcast subscribers. Whether or not the Comcast/Netflix deal violates “net neutrality” per se is a subject of debate, but that’s splitting hairs: It’s hard to see the arrangement as anything other than a “paid fast lane.” 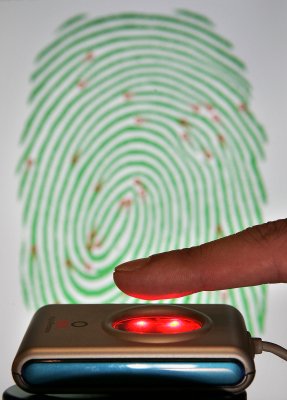 Why the Constitution Can Protect Passwords But Not Fingerprint Scans
Next Up: Editor's Pick