The Unspoken Leadership Skill You Need to Survive

Recently, I attended the Inc. 5000 conference, where I conducted a session on skills for moving an agenda. To open, I asked the group if any of them had good ideas that they’ve successfully implemented. One colleague and entrepreneur from Texas told the story of having a great idea, but not having talked to right people, and not having gained the right support.

More often than not, entrepreneurs fail not because of a lack of good idea, or even because of a lack of resources. Leaders fail because they have not honed their political competence. For the past generation, we’ve talked all about “leadership,” but political skills are only politely whispered about, if they are mentioned at all.

Look around. What differentiates a failed entrepreneur from one that is successful? What is the defining factor between a successful corporate leader, and one who has failed? Put simply, successful leadership comes down to having the ability to rally people behind an idea and gather the support necessary for your idea to bear fruit. Regardless of the quality of your idea and the appeal of your charm, if you lack political competence, you are not a leader. Without the skills of political competence, your most brilliant innovation, your best-laid plan will get stuck in the quagmire of inertia, in the muck of repetition, in the doldrums of inaction. Your dreams will become delusions, and your agenda will be nothing more than talk.

People who push ideas that never get off the ground may become organizational casualties. Their idea is crushed by opposition before it has a chance of survival. On the other hand, successful leaders not only push an idea, but understand the opposition, get people on their side, and make things happen. Maybe–just maybe–the difference between casualties and successful leaders is not a question of which one has a better idea, but rather a question of their political competence.

I am often reminded of a discussion that I once had with a corporate leader. I told him that what he needed to do in his organization was to enhance the political skills of his people so they could work across turf and across departments. He responded with a condescending look and told me with a touch of moral indignation, “I don’t do politics.”

He implied that he lived in an apolitical reality. While this may be an aspiration, it is not a reality. We all operate in the political context. As for his moral indignation, I simply reminded him that many of our heroes–Martin Luther King, Jr., Dwight Eisenhower, Mahatma Gandhi, Bill Gates, Jeff Bezos, Mother Theresa–were all leaders who mastered political competence. Every single one of them will were pragmatists who knew how to politically sustain their campaigns to achieve results. They understood that the leadership wasn’t achieved by having flair or great sound bites, but by keeping the focus and mastering the micro-skills to go the distance. What they had in common was the understanding that in order to survive that they needed the skills of political competence. 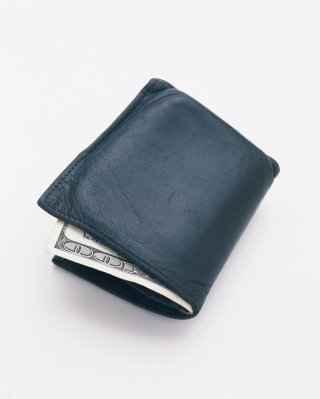 The Surprising Things Wealthy People Spend Their Money On
Next Up: Editor's Pick