Why Were Activists 45 Years Ago Protesting 'Against Death?'

Wearing the name of a serviceman who died in Vietnam, a marcher pauses in front of the White House on Nov. 14, 1969
AP Images
By Lily Rothman

On the night of Thursday, Nov. 13, 1969, the “March Against Death” began. By the time that weekend was over, Washington, D.C., had seen more protesters than any single event in its history had drawn. Attendance was higher, by tens of thousands, than at the 1963 Civil Rights March on Washington. And despite a name that, 45 years later, may seem overblown or vague, the march was actually about something very specific.

The deaths they were protesting were those of soldiers and civilians in Vietnam.

Another march took place that Saturday, capped by speeches and musical performances watched by at least 250,000 people. A connected event in San Francisco also drew record crowds for that city.

Read the full story here, in TIME’s archives: Parades for Peace and Patriotism 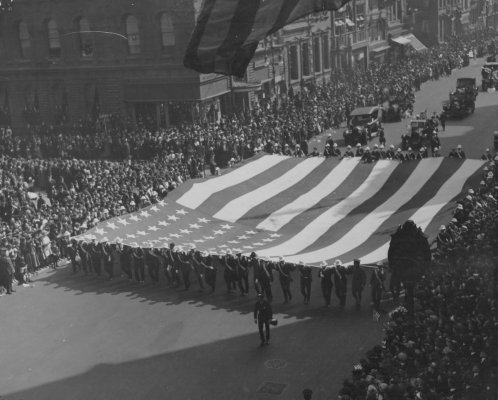 How Veterans Day Came to Be
Next Up: Editor's Pick