Why I Just Bought iPads for My Retired Parents

A store employee points at a 'Maps' icon on an Apple Inc. new iPad Air 2 tablet displayed at a SoftBank Corp. store in the Ginza district of Tokyo, Japan, on Friday, Oct. 24, 2014.
Bloomberg—Bloomberg via Getty Images
By Rick Broida

More and more these days, the phone calls I receive from Mom or Dad have nothing to do with the grandkids or my writing career or our plans to visit Florida.

“Why am I getting this strange message on my screen?”

In recent years I’ve dealt with a Geek Squad’s worth of parental computer meltdowns. Some minor (outdated printer drivers, missing file attachments), some major (Ebola-grade viruses), but all of them frustrating for everyone. For my part, I feel badly that my retired parents — who, seriously, shouldn’t have to wait 10 minutes for the laptop to boot — have to deal with this seemingly endless hassle-fest. I’m a tech expert, a tech blogger, for pete’s sake. Can’t I just wave a magic wand and make them go away? (The hassles, not the parents!)

I just did. Amazing son that I am, I just bought them each an iPad Air and Bluetooth keyboard case. (Note to Mom and Dad: Thanks for college. We’re square now.)

Why the shift from a desktop computer? My parents have used some form of Windows-powered computer for the better part of 20 years — though I never did introduce them to Windows 8. Like a lot of seniors I know, they’re already nervous about “pressing the wrong button” on the computer. A change as drastic as Windows 8’s new, Start Button-less interface would require a lot of re-learning and, let’s face it, cause a serious uptick in the number of tech-support calls I got from Mom and Dad.

My point is, my parents were at least conversant with Windows, if not tolerant of its perpetual annoyances. But I’d had enough of those problems. And so I gave some strategic thought to what they — what any seniors — really need from a computer. A Web browser, of course. E-mail. Facebook. Dad likes to manage his banking; Mom takes notes for lectures and book groups.

Light bulb! These two don’t need computers at all. They need tablets, which can handle these and other computing basics without breaking a sweat (or contracting a virus). Just add a keyboard for tapping out documents and e-mail, and presto: tons of basic-computing problems disappear.

Tablets take zero seconds to boot or shut down. Literally zero. You press a button, it’s ready for action. Press again, the screen goes dark. (Okay, technically it’s going in and out of sleep mode, but you rarely need to actually power down a tablet. And even if you do, it powers up again fairly quickly.) As for apps, tap one and it loads, bam. Seriously, spend a week with a tablet, then try going back to your PC. You’ll wonder how you ever tolerated such lethargy.

Driver updates? No such thing on a tablet. Virus threats? Non-existent. (Just make sure to educate parents on the dangers of phishing, a security threat that strikes via e-mail.) Crashes and lockups? No software is perfect, but no Android or iOS tablet ever suffered a Blue Screen of Death.

Meanwhile, Apple offers word processing, spreadsheet, and presentation apps free of charge to iPad users, while Google makes its Docs, Sheets, and Slides apps free for the Android crowd. Even Microsoft’s Office apps have gone mostly free for iOS, with Android versions coming soon. When you go tablet, your software costs drop considerably. And no more anti-virus subscription, either! (See above.)

Granted, tablets aren’t perfect PC surrogates. They have comparatively small screens, so they’re less than ideal for the visually challenged. Printing remains an obstacle, at least for some documents, as my Dad recently discovered when trying to print a Delta boarding pass. And even with a keyboard, productive word processing seems elusive — in part due to the smaller workspace, in part because there’s no mouse.

These are, thankfully, surmountable issues. Some Android tablets can already work with a mouse, but more tablet makers would be wise to consider these hiccups in developing future models. In the meantime, there are plenty of perfectly good tablet options for seniors. My top pick is what I already got for the folks: Apple’s iPad Air. It’s the no-brainer choice for anyone who also uses an iPhone, but the real advantage is the huge selection of keyboard cases — one for nearly every budget and typing preference.

There are similar senior-friendly benefits to be found in the likes of Amazon’s Kindle Fire HD (or HDX) 8.9, Google’s Nexus 9, and Samsung’s Galaxy Note 10.1, though you’ll want to investigate keyboard options before pulling the trigger. Any Bluetooth keyboard will work, but if you want something that doubles as a case or cover, you may find fewer options.

Why no Microsoft Surface or other Windows-powered model? Simple: You’re still dealing with the frustrations of Windows, to say nothing of the steep-ish learning curve of Windows 8. Microsoft’s return-to-form Windows 10, due in 2015, should lessen that curve, but does a grandparent even need a desktop operating system anymore? I think not. Most seniors just want to read and send e-mail, enjoy the Web, and maybe watch some videos of the grandkids. Windows (and, for that matter, Mac OS X) is overkill for that stuff, while a tablet delivers speed, simplicity, and security. Even a big phablet like the iPhone 6 Plus or Galaxy Note 4 might offer seniors a respite from the plodding, unpredictable PC, as they afford most of the same capabilities as a tablet and a reasonably roomy screen.

Me, I’m looking forward to more meaningful conversations with Mom and Dad, and fewer about troublesome printers. 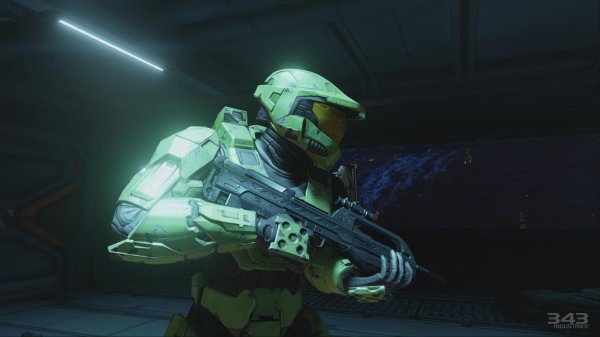 This Is How Insanely Beautiful the New Halo on Xbox One Is
Next Up: Editor's Pick