John Obi Mikel celebrates holding the trophy during the 2013 Orange African Cup of Nations Final match between Nigeria and Burkina Faso from the National Stadium in Johannesburg on Feb. 10, 2013.
Lefty Shivambu—Gallo Images/Getty Images
By Alexandra Sifferlin

Morocco will not be hosting the 2015 Africa Cup of Nations after being removed by organizers due to the country’s Ebola fears.

Morocco had a deadline of Nov. 8 to confirm whether it would host the soccer tournament, and instead, the country asked for the tournament to be postponed. The Confederation of African Football (CAF), which organizes the event, refused Morocco’s request on Tuesday, and has insisted that the tournament will start on schedule, kicking off Jan. 17.

“Following the refusal of the Moroccan party, the Executive Committee has decided that the national team of Morocco is automatically disqualified and will not take part in the 30th edition of the Orange Africa Cup of Nations in 2015,” CAF wrote in a statement. A new host has not been identified, but CAF says it’s received “some applications” from other countries wanting to host the competition.

The move comes amid growing fear and stigma of the Ebola outbreak which is affecting Sierra Leone, Liberia and Guinea. Sierra Leone’s soccer team was hailed with chants of “Ebola, Ebola” while playing in games in the Democratic Republic of Congo and Cameroon, and the team has been forced to stay in hotels with no other guests, the New York Times reports.

Ebola is only spread through direct contact with bodily fluids of an affected person, and individuals are not contagious until they start showing symptoms. 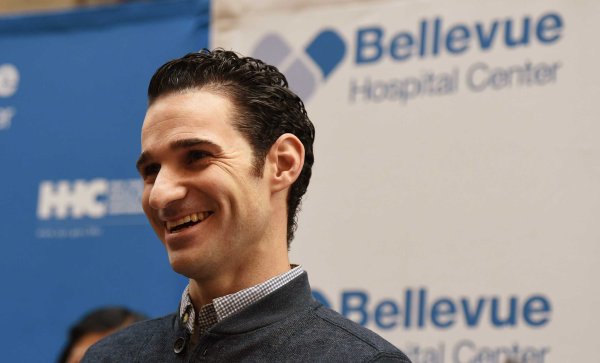 NYC's Ebola Patient Is Cured and Released From Hospital
Next Up: Editor's Pick