By Eliana Dockterman and Laura Stampler

Stephen Colbert has accumulated a lot of enemies over the years, both real and fake.

On The Colbert Report nobody was safe—not politicians, not massive companies and not other comedians. As the show winds to a close on Dec. 18, TIME checked in with some of Colbert’s biggest nemeses to see how they felt about the end of the Report and the end of the intensely vain right-wing personality created by comedian Stephen Colbert.

Colbert and Fallon have had a roller coaster relationship. The two declared themselves best friends for six months in 2011, which was naturally followed by six months of being “eternal enemies” before the two comedians faced off at the Emmys for their competing late night shows. In spite of their ups and downs, Fallon tells TIME:

“Stephen Colbert is without a doubt the funniest and most talented person to ever host The Colbert Report. Period.”

In October, Colbert called Google out for listing his height as 5’10” when he was really 5’11″—like Brad Pitt, Russell Crowe and, according to Google, Google CEO Larry Page. “Fix it or I will fix you Page,” Colbert said. “And yes, that is a physical threat.”

When asked to reflect on its tense relationship with Colbert, Google told TIME, “We respect Stephen and his show very much. It’s always hard to know the true measure of a man—and we’ve certainly had our differences—but we can say without an inch of a doubt, he’s reached new heights in comedy.”

In March, Colbert found himself on the receiving end of a negative hasthag campaign. To play off the Redskins’ organization “The Washington Redskins Original Americans Foundation,” Colbert satirically tweeted, “I am willing to show #Asian community I care by introducing the Ching-Chong Ding-Dong Foundation for Sensitivity to Orientals or Whatever.” This angered the activist, who started the hashtag #CancelColbert, which quickly gained viral steam.

Suey Park, who began the hashtag and explained its importance in a TIME column this spring, tells TIME:

Read next: Here’s What Critics Said About The Colbert Report When It Premiered 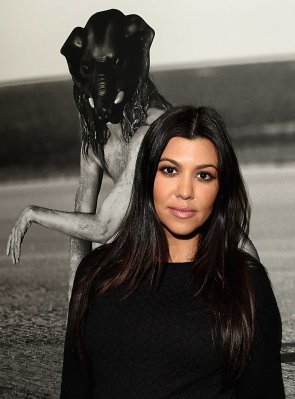 Kourtney Kardashian Welcomes a Son
Next Up: Editor's Pick