Less than a week after a rousing, victorious ending to one campaign, newly re-elected Ohio Gov. John Kasich looks as if he’s preparing for another, this time on the national stage.

Throughout his first term as governor, the Republican struggled to manage the complicated politics of his swing state, taking criticism from the left for scaling back the influence of public sector unions and from the right for accepting federal money from Obamacare to expand Medicaid. But his do-it-my-way message worked. Three years ago, Kasich was so unpopular his re-election was a longshot. On Tuesday, he won by 32 percentage points in one of the most politically polarized states in the nation, making inroads with women and minorities across the state, as he scooped up independent votes.

The performance instantly made Kasich a presidential contender—donors are already reaching out with invitations and Republican groups are inviting him to speak. Kasich, 62, isn’t shying away from the attention, but he’s not in a hurry either. Speaking with TIME Monday afternoon, the Governor said he wasn’t ready to decide whether to run for the White House. But he showed signs he is seriously considering it: in the coming months, for example, Kasich will launch a national campaign in support of a Balanced Budget Amendment to the Constitution, just the sort of crypto-campaign that can test the presidential waters and build a national brand.

Kasich ran unsuccessfully for president once before, in 2000. At the time, he was a 16-year incumbent in the House of Representatives and Chairman of the House Budget Committee, and his campaign never gained traction: he bowed out even before the Iowa Straw Poll as George W. Bush dominated attention of the political and donor classes.

If he runs again, Kasich would likely find it easier to gain traction in a crowded, but divided field. That’s due in part to the good fortune Ohio has seen over the last few years. Though his re-election was buoyed by the implosion of his Democratic opponent’s scandal-plagued campaign in August, Kasich also took credit for the state’s booming economy.

In an interview with TIME, Kasich talked about his victory, what he hopes to accomplish in his second term, and how he’s working to maintain work-life balance as he contemplates his political future.

You won re-election by 32 points…in Ohio. How did that happen?

Kasich: I think that we had a program that covered really—I like to call it the 360 program. We build a stronger economy; help with tax cuts and some reform of regulations, and balancing budgets and all of that. The economy is so much stronger than when I came in four years ago. And in addition to that, once the economy’s strong, which is the most important thing you can do, then you have an obligation to help the people I like to say live in the shadows. So, whether it’s the mentally ill, the drug addicted, the working poor, we’ve been able to get insurance for families that have an autistic child, the developmentally disabled have been helped. Minorities feel now—I can’t speak for all of them—but a number of the leaders feel there is a place for them. So everyone was included, Ohio is doing better, and I think it’s become a lot more united. And I think as a result of that, that’s why you get results. We’re basically an ideas administration. We don’t rest on our laurels, we don’t play a lot of politics. We look at problems, try to fix them, and come up with new and cool things that’ll help the state.

How would you classify your politics? Are you preaching compassionate conservativism?

Kasich: Well no one’s ever been able to put me in a box and I’m not about to start putting myself in there.

What does your re-election mean for Ohio and its politics?

I don’t think there’s a sea change. People today, not just in Ohio, but in the country, they want solutions. They want to believe that things are going to get better. We have for the first time in a dozen years 60% of Ohioans feel that the state is headed in the right direction. I think it should not be interpreted as anything other than you ought to come to Ohio, you gotta tell people what you want to do and how their lives are going to be improved. And whoever does the best job of that is the person who’s going to have the best results.

What’s your top priority for the second term?

Kasich: It’s going to be a lot more of the same. It’s job creation, making sure that our safety net programs are only a net and not a trap. That they have to provide an opportunity for people to get on their feet. Continuing to include all Ohioans in what we do. It’s education, it’s workforce, it’s reforming higher ed. We can chew gum and walk at the same time out here. We’ll have a very expansive agenda.

Your victory is already starting talk about you running for president in 2016.

Kasich: Well, what I’m excited about is that people are showing a lot of interest in the things that we’ve done out here, and I think that’s good. That makes me happy—it’s pleasing to me, I should say—that people are going to take a very hard look at what we’re doing here. And I think the process of being hopeful, being really opportunity oriented, not just in rhetoric but in action, showing that no one get’s left behind, not just by talking about it but by doing it, I think is really a key. And not just sitting around with your finger in the air trying to figure out who’s going to like what you do. Take into account where the public is, but lead, lead. Don’t try to just figure out what the polls say, what the poll-driven programs are. I mean, I don’t look at polls, I pay no attention to them. I’m going to pay attention to the public, and the sense of where the public is on certain things, but you have to lead. And so I’m pleased that as a result of this—it was really an unbelievable win—that people are going to start to say how did it happen. And they are saying it now. It gives me a chance to talk about what I think public life ought to be about, which is to lift everyone. It’s not about what your party is, it’s not about which group do you appeal to, it’s about being in this and trying to build and trying to lift everyone, regardless of who they are, regardless of whether they vote for you. That’s not the point of this business.

Do you think too many politicians are too focused on the polls?

Kasich: Why don’t you decide that.

Wisconsin Gov. Scott Walker appeared to criticize you over the weekend for taking Medicaid expansion funding. How do you defend it?

Kasich: I don’t defend it, I’m for it. I’m not defending anything.

Have you seen those comments?

Kasich: No, I really don’t have any reaction—I haven’t seen these comments, it wouldn’t matter if I did see them. You know, we’re doing what we’re doing here in Ohio, and it’s working for people. It’s helping people, it’s lifting people, and that’s what I’m so comfortable with and very pleased about.

So you’d use a presidential campaign to spread your message?

Kasich: I’m going to be spreading it one way or another. I’m going to be out campaigning aggressively for a balanced budget amendment, I assume I’m going to be making some speeches, where people are going to want to say ‘tell us what you did.’ And, I’m not kind of anxious to… You know, we only did a handful of interviews. I think I was asked to go on virtually every show, and I just sort of said, look, we just had an election. It’s an important time to get some rest, to recharge the batteries.

That must be hard, trying to decompress after the campaign?

Kasich: I was telling one of my colleagues the other day, I was a congressman for 18 years and in the legislature for four and at that point my job really overshadowed my life. But I’ve got a good mix between doing my job, having that responsibility, and having a normal life. And I live in my own home, I don’t live in the governors’ mansion. I play golf, I work out, I lead a very normal life, which probably surprises a lot of people. It’s not unusual to see me just right in the neighborhood. But in terms of the campaign, that’s a little bit of a different situation. Let me just give you some statistics. In less than three years, I put 250,000 miles on the cars in which I travel. And in the last 100 days, since Labor Day, I think I did well over 100 events. So it’s like running a marathon with a sprint at the end, which of course all great marathoners do, and at some point you’ve got to stop running and rest up. So I’m trying to get away from it. I’m trying to recharge. It’s important if you want to have good perspective, you’ve got to make sure that you’re rested. So I’m working at it. I’m exercising, I’m playing golf, I’m trying to get away, spend some time with my family. But I think I have a ways to go before I’m fully recharged. 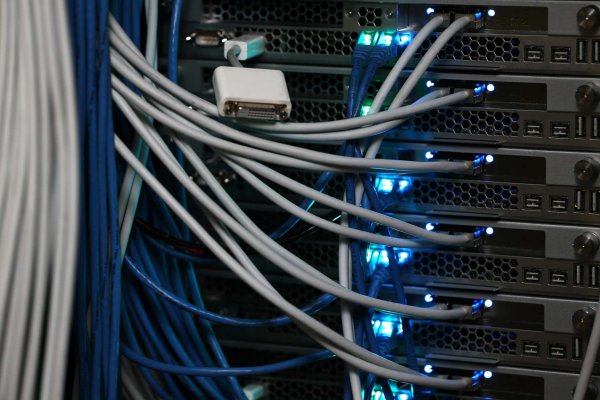 Conservatives Widely Back Net Neutrality
Next Up: Editor's Pick