Ebola's Other Toll: Food On the Table

People draw water in the West Point neighborhood, where many people have died from Ebola, in Monrovia, Liberia on Oct. 17, 2014.
John Moore—Getty Images
By Alexandra Sifferlin

Eighty-five percent of households in Liberia are eating fewer meals a day as a way to deal with lower incomes and higher prices related to the Ebola epidemic, according to a new report from the global humanitarian agency Mercy Corps.

Most households are also reducing the amount they’re eating at each meal, and report supplementing with lower-quality and cheaper food. When asked in surveys about household priorities, Liberians listed food as their most urgent need even before health care and clothing. A variety of factors are playing into Liberian families’ inability to get food on the table, including restrictions on transportation and lack of quality products at local markets.

One of the major industries hit by the Ebola outbreak in the three countries affected by the outbreak is agriculture, which is a dominating industry in Liberia. Other Liberians lost incomes due to protocols put in place to contain the virus, like closing schools. Teachers employed by the government still receive salaries, but private school teachers do not.

About 63% of households also reported an increase in expenses since a state of emergency was declared in August. Liberians used to rely on cross-border trade with Guinea and Sierra Leone, but the epicenter of the outbreak was the very area around shared borders. Now, all imports have shifted to Monrovia, putting pressure on supply chains and prices. But vendors in local markets estimate a 52% reduction in their number of customers each day, since large gathering of people has been discouraged.

“If attention is not paid to the economic impact of the crisis, the situation will continue to deteriorate over the coming months,” the report reads.

Mercy Corps says it plans to help farmers by offering cash transfers, emergency food assistance, and aid in goods transport. Working with the local government to improve transportation conditions while maintaining tight Ebola protocols is another way to increase both incomes and food availability. However, bigger initiatives have to start now in order to ensure the current food crisis is temporary. For instance, the upcoming planting season needs to continue on schedule and there needs to be a greater assessment of the whole region’s transportation system.

If action isn’t taken soon, the impact on the country’s economy and food system after the outbreak could be devastating. 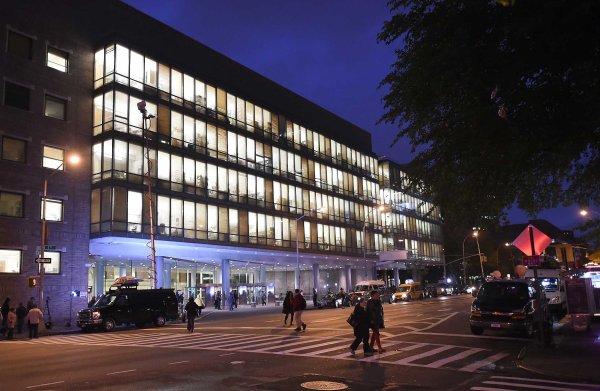 NYC Ebola Patient Cleared of the Virus
Next Up: Editor's Pick