10 Apps for People Who Want to Fall in Love

A young man and young woman share a laugh over a smartphone.
PeopleImages.com—Getty Images
By John Patrick Pullen

Everyone has a soul mate — at least that’s what fairytales would have us believe. Modern science, however, gives us far more than just one potential partner. For example, according to the math of It’s Okay to Be Smart, New Yorkers awash in a sea of eight million other city dwellers have at least 850 love connections — those are some numbers you can work with.

Tip the dating game odds in your favor by using one of these apps to meet your match:

1. Anomo: Anonymous apps have gotten a bad wrap recently, but one of their upsides is how they help shy people open up while still feeling protected. This anonymous social app connects you with other nearby Anomo users, inviting four others to join you in an icebreaker game. The games not only introduce you to new people, but they also help the app to learn your interests so it can find more compatible people for your next game. Then, once you’ve found someone you’re interested in, you can chat, revealing your personal details only once you’re ready.

Anomo is available for free on the App Store and Google Play.

2. Coffee Meets Bagel: If your day drags even by lunchtime, this app might be the spice you need. Connecting to your Facebook account in order to serve up more-compatible friends-of-friends, this iPhone-only dating service delivers you a match (or “bagel”) each day at noon. You have 24-hours to like or pass on your person, and if that person also likes you, the app opens up a private text messaging line to get the conversation started.

Coffee Meets Bagel is available for free on the App Store.

3. eHarmony: According to the service’s website, 438 U.S.-based eHarmony members tie the knot every day. And well they should — with subscription rates for the service as high as $59 per month, users should demand those kinds of results. But the paid service is backed by research and fueled by singles’ answers to an extensive questionnaire designed at making matches that last. eHarmony also gives you insight into on your own personality that you may have never realized before. Then, serving potential mates up just a few at a time, you can use secure messaging to delve even deeper before diving into an actual date.

eHarmony is available for free on the App Store and Google Play.

4. JSwipe: Finding a mate can be hard. Finding a mate who’s also a member of The Tribe can be even harder. Combining dating website’s JDate’s Jewish-centric sensibilities with Tinder’s ease of use, this iPhone-only pairing service brings modern convenience to the age-old challenge of finding someone you can bring home to mom.

The app presents users with a potential match. If you both give each other a check, then they’re able to message each other through the app to see where things go. But don’t take too long — JSwipe makes messages disappear after a few days, encouraging extra-app interaction sooner rather than later.

JSwipe is available for free on the App Store.

5. Match: Tried and true, this web-based matchmaking service has been pairing people since 1995. And with 82% of its 2.3 million subscribers over age 30, it’s aimed squarely at the pre-mobile Internet user. But this past April, to get hip with the kids, Match’s iOS and Android apps brought modern photo- and data-rich features to the mix. Still, by relying mostly on in-depth user profiles (with pictures, of course), it’s a somewhat old school way for solo artists put their best foot forward. And though its service is free for looking, you have to pay to play. (or, more accurately, message someone who gives you the butterflies.)

Match is available for free on the App Store and Google Play.

6. Meetup: If you’re surprised to see a group activity app on this list, perhaps you haven’t considered how sexy “common interests” and “pursuing your passions” can be. With more than 19 million users and at least 500,000 monthly meet-ups, the odds that you’ll find someone who shares your love for anything from acupressure to zip-lining are pretty good. The app lets you look for things you’re into, or if you’re open to new experiences, just browse the wide range of get-togethers on the calendar. At its best, Meetup can help you find a life-long partner who shares your enthusiasm for great experiences. And at its worst, hey, at least you can have fun doing something you love.

Meetup is available for free on the App Store and Google Play.

7. OkCupid: Meeting people is easy, but math can be hard. This data-driven service does all the computations to take bad matches out of the equation using a seemingly endless supply of questions to turn its budding romantics into ones and zeros. By providing users with match percentages, OkCupid shows them how good a fit their prospective dates could be. Of course the service also offers photos, messaging, and chat features, and the apps port these onto smaller, mobile screens. But OkCupid’s most attractive selling point also tends to be its biggest downside: it’s free. As a result, people don’t have to put any financial skin in the game, which is ironic because some of the fellas have been known to ask to see some skin in private messages. Maybe if they had to pay, they’d take it more seriously.

OkCupid is available for free on the App Store and Google Play.

8. Pet Finder: If you’re already smitten on kittens or fond of man’s best friend, you know the bottomless cups of love that these cuddle buddies dole out on a daily basis. But if you don’t have an animal in your life, there are several reasons you should reconsider. First, by getting you out for a couple of daily walks, dogs are good for your heart. Beyond that, file cabinets full of research has also shown that petting animals lowers stress and blood pressure (reducing incidences of heart attack). Four-legged friends also calm anxiety and help with loneliness, just the thing for a broken heart. If that’s still not enough, rescuing a pet can actually make you hotter. According to research by PetSmart Charities and Match, 59% of singles revealed that discovering a mate’s pet was adopted, not bought, made them more attracted to their partner. Meow.

Petfinder is available for free on the App Store and Google Play.

9. Tinder: Possibly the hottest app on Earth right now, Tinder has brought dating into the mobile era, with a mate-browsing interface that’s so easy you only need to wiggle a finger to get someone’s attention. The service connects to your Facebook account, linking to your pictures and other relevant data, but keeping your name and contact information private. Then you’re fed a steady stream of potential matches, or “cards” that you flip through. Swiping left rejects them, while swiping right marks them as a “like.” If he or she ends up liking you in return, then you’ve made a match and are able to message each other. If Tinder was any easier, people would be saying dirty things behind its back. (Actually, they do — it’s often used as a “hook-up” app.)

Tinder is available for free on the App Store and Google Play.

10. Twitter: Twitter, the 140-character social network? Yes, that Twitter. Falling in love is all about making new connections, and that’s where this worldwide social network thrives. By following people who share your interests, you’re able to spread your wings and — though it may sound cliche — your heart might just soar. Doubtful? Well these two relationship experts sparked up a romance on Twitter after they started following conversations containing the “#dating” hashtag. A retweet here and a direct message there, and five year’s later they’ve tied the knot. #ModernLove

Twitter is available for free on the App Store and Google Play. 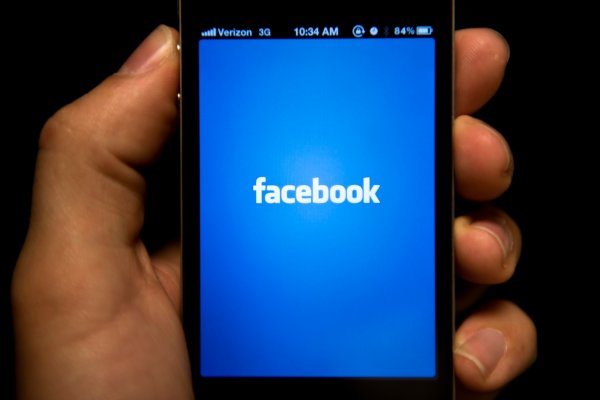