A man at a California movie theater who asked a woman to switch off her cellphone got far more than he bargained for after she sprayed mace in his eyes, Mashable reports.

The incident, according to an eyewitness who was sitting nearby, took place at a Monday night screening of the recently released film Mr. Turner.

The film had just begun at Hollywood’s TCL Chinese Theater when a man sitting in the back row began requesting the woman in front of him to switch off her glowing phone.

When he tapped her on the shoulder after being ignored a few times, the witness said she “flipped out,” accused the man of hitting her and threatened to call the police. Without warning, she then uncapped a bottle of mace and sprayed the man.

Mashable reports that the woman sat back down and watched 20 minutes of the movie before security came and escorted her out. 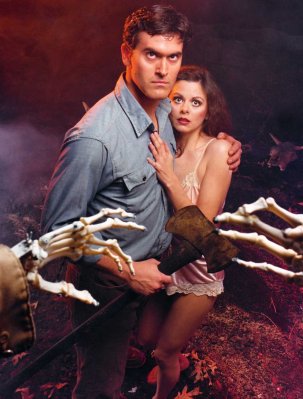 Evil Dead Spin-Off Coming to Starz
Next Up: Editor's Pick