The half-dozen servers were dressed in all black, down to the sleek leather gloves they wore as they doled out slices of Pretzel Piggy, Old Fashioned Meatbrawl and Cherry Pepper Bombshell. On the side: balsamic, buffalo, BBQ and honey sriracha sauces, or in Pizza Hut’s new parlance, “drizzles.” All of it was surrounded by a new logo, new delivery boxes, new casual-looking uniforms, and a new motto: “The Flavor of Now.”

This is the new, at times unrecognizable, Pizza Hut. Or, at least, it was the one shown to members of the media Monday afternoon to mark what David Gibbs, the company’s newly installed CEO, calls “one of the biggest moves we’ve ever made in our history.”

On Nov. 19, Pizza Hut will essentially relaunch its entire brand, changing the food it serves, the way its ordered and even the company logo. There are 11 new signature pizzas, six new sauces, 10 new crust flavors and four drizzles — enough options to allow for 2 billion unique pizza combinations. For the company known for trencherman staples like Stuffed Crust, Meat Lover’s and Supreme, the new menu is the fast-food equivalent of a Hail Mary pass.

“It’s a fear of irrelevance,” says Darren Tristano, a food industry analyst at Technomic. “But the potential to negatively influence their current customer base is certainly there.”

It’s a risk Pizza Hut is willing to take, though they’re hedging bets by keeping those old favorites on the menu. Sales at the nation’s largest pizza chain have been dropping for two years, as Domino’s, Little Caesars and Papa John’s—the No. 2, 3 and 4 chains, respectively—have cut into Pizza Hut’s business. Regional build-your-own pizza chains like Blaze and Pieology and customization-heavy fast-casual brands like Chipotle are also luring diners from the pan pizza depot.

“America’s tastes are changing,” Gibbs says. “People are interested in bold new flavors. It’s a pretty natural move to be the one to take the pizza category where nobody’s taken it before with all these new flavors and ingredients.”

Domino’s offered a template in 2009, when the company admitted that its sauce and crust weren’t that great and invited customers to taste the new version. They bolstered their campaign with an updated social media presence and smoother online ordering to cater to millennials. Sales have soared since, which is as much a reason for Pizza Hut drizzling hot sauce on garlic crusts as anything.

So what does the “flavor of now” taste like? Thankfully, better than it sounds (The Cock-a-Doodle Bacon. Why?).

We started with Pizza Hut’s new asiago breadsticks alongside four dipping sauces: balsamic, BBQ, buffalo and honey sriracha. They’re miles from your basic marinara or cheese sauce, but not necessarily for the better. Whether dipping in the sweet but mild balsamic, tangy, molasses-heavy BBQ, unmemorable buffalo or lightly spicy honey sriracha, my asiago sticks longed for a red sauce.

The newfangled pizzas tended to come together better. The Cock-a-Doodle Bacon pie is spread with a creamy garlic parmesan sauce topped with grilled chicken and bacon. The riff on Alfredo is rich enough that you don’t miss the marinara.

The Old Fashioned Meatbrawl is a reasonably restrained update on the classic topping: the meatballs are small enough not to dominate each bite, and a garlic crust adds an extra salty pop.

Cherry Pepper Bombshell is also better than it sounds. The cherry peppers and balsamic drizzle add a sweet punch that goes well with meaty salami. But the shower of fresh spinach on top didn’t add much. It felt similarly unnecessary on the Pretzel Piggy, which is one of the most convoluted combinations on the new signature menu. A salted pretzel crust with the creamy garlic parmesan sauce from the Cock-a-Doodle is topped with bacon, mushrooms and spinach and then finished with a balsamic drizzle. It worked, kind of, though you’d need to be in a particular kind of mood to take one down solo.

The custom crusts are Pizza Hut’s attempt to make choosing your dough as common as picking your toppings. Of the two new ones I tried, the Ginger Boom Boom crust—with regular cheese and marinara—was subtle, a bit garlicky, with only a mildly taste of ginger. The honey sriracha crust (with a pepperoni topping), meanwhile, was sticky and a bit too overpowering.

So is this really what millennials crave? Maybe. Pizza Hut will likely cast off a kicked-up drizzle, flavor-dusted crust or meatbrawl pie if it turns out it isn’t selling. Besides, it’s not as if Pizza Hut is a sauce and dough purist.

“We’ve always been the one taking the category to new places,” says Gibbs, Pizza Hut’s CEO. “Yes, the younger customers are more interested than the older demographics in experimenting with flavor. But I think across all demographics, there’s something on the menu for everybody.”

Read next: Watch McDonald’s Prove the McRib Is Made of Actual Food 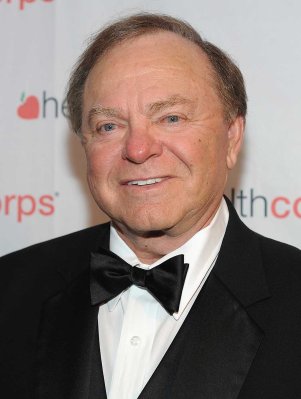