TIME apologizes for the execution of this poll; the word ‘feminist’ should not have been included in a list of words to ban. While we meant to invite debate about some ways the word was used this year, that nuance was lost, and we regret that its inclusion has become a distraction from the important debate over equality and justice.

If you hear that word one more time, you will definitely cringe. You may exhale pointedly. And you might even seek out the nearest the pair of chopsticks and thrust them through your own eardrums like straws through plastic lids. What word is this? You tell us.

For TIME’s fourth annual word banishment poll, we’re asking readers to vote another word off the island, following previous castoffs OMG, YOLO and twerk. Cast your vote, encourage your friends to share their curmudgeonly angst and we’ll announce the results next week on Nov. 19.

If you need help deciding (or a little background on the words), see our blurbs below the poll, in which we’ve channeled the type of person who would like to see each nominee launched into the deepest, darkest, most hopeless eternity from whence there is no salvation nor return.

bae: Yes, this term of endearment has been around for years, but suddenly it’s everywhere. You can’t turn around without encountering someone’s bae or some bae meal or some bae bae. The cool factor is being smothered. It’s time to start using something Chick-Fil-A managers have never heard of.

basic: You get it. Girls need a word for other girls who name-drop D-listers in their fake Louboutins, going around thinking they’re a Carrie, even though they’re really a Miranda — if Miranda had a less remarkable hair color and worked at TJ Maxx. But basic has become basic. Bad bitches can do better.

bossy: You are leaning in all over the place. If Sheryl wants a word banned, then we best get banning.

disrupt: Silicon Valley types may be changing sleepy industries, but this word is more worn out than startup names that sound and look like six-year-olds came up with them. You just might strangle the next “disrupt0r” you meet with his hoodie drawstrings.

feminist: You have nothing against feminism itself, but when did it become a thing that every celebrity had to state their position on whether this word applies to them, like some politician declaring a party? Let’s stick to the issues and quit throwing this label around like ticker tape at a Susan B. Anthony parade.

I can’t even: … finish a sentence, apparently. Nobody is this speechless.

influencer: This kind of business jargon makes you want to pivot yourself into a gorge. Stop throwing trumped up labels on people with a bunch of Twitter followers or five friends who might sign up for something if they do.

kale: You haven’t been so tired of having a single thing talked about and trumpeted and pushed in your face since people started signing up for Twitter. You even saw kids selling dried kale chips on the street the other day instead of running a lemonade stand. Kale chips, people! This is America!

literally: You continue to hate it when people use literally to mean figuratively, even if the word just won’t be separated from that usage. The least you can do is cast a vote against everyone who has ever “literally” lost their mind, because they are metaphorically driving you bananas.

om nom nom nom: If people could stop posting pictures of their brunches like their fancy toast slices were newborn babies, then maybe you would be spared this overdone onomatopoeia. You get it. Food is delicious. Restaurants serve bacon. Moving on.

obvi: You hate this particular unnecessary, cloying word-shortening about as much as you hate perf, whatevs, adorbs, natch, totes and amaze (when used in place of amazing). If truncation is cool, then you’d like to buy a ticket to the hottest place on earth, please.

turnt: Parents in Middle America may still be struggling to understand what this word means, but everybody else knows all too well — including writers at SNL, who portrayed the state of being turnt as a remedy to an unsatisfying sex life. It’s time for turnt to turn down.

yaaasssss: Nooooooooo mmooooorrrreeeeee. If only for poor Lady Gaga’s sake.

This is an edition of Wednesday Words, a feature on language. For the previous post, click here. 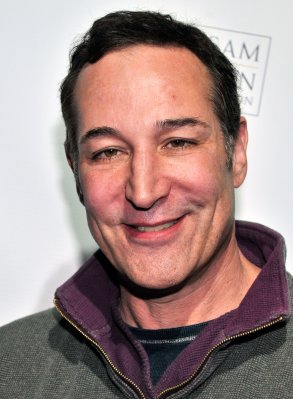