Fergie took some time off from pop music to become a mom to one-year-old Axl Jack Duhamel, so you can’t blame the Black Eyed Pea for letting her kid influence her work — just look at the colorful new video for her comeback single, “L.A. Love (La La).”

“It’s kind of psychedelic, which possibly has to do with all the psychedelia I’m seeing in these kids cartoons that I’m watching,” Fergie, who’s working on a solo album due sometime next year, told TIME recently. “This trip around the world that this bus takes, it’s also a trip in your mind.”

The centerpiece of the video is a Día de los Muertos-style party bus that Fergie says was inspired by art cars at Burning Man, though its design had to change from its initial concept.

“I had this huge idea that started from a drawing of this vehicle [I made] when I was recording the song,” she says of the star-studded clip, which has more cameos than a Sharknado movie, thanks to Hilary Swank, Kelly Osbourne, Wilmer Valderrama, DJ Mustard (the track’s producer) and more. “It was made of clouds originally, and it has spinners, but the spinners were eyes. I have a weird imagination.” 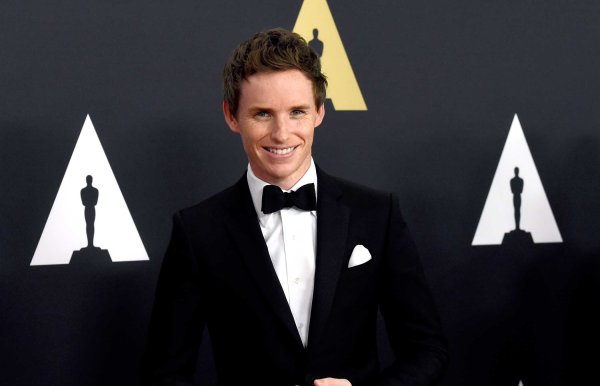 The Hollywood Film Awards Prove Oscar Season Has Ballooned Out of Control
Next Up: Editor's Pick