5 Action Cams That Will Change How You Take Photos

Sergio the Shoe Hunter is seen with his GoPro camera outside the Matthew Williamson show during London Fashion Week Spring Summer 2015 at on September 14, 2014 in London, England.
Gareth Cattermole—Getty Images
By John Patrick Pullen

Once the moment passes, pictures are all we have left to conserve our memories, which makes the technology behind the lens so important. Think about it — looking back, the ’60s were colorful but washed out, the ’70s were dark and generally out of focus, and the ’80s were all video, all the time.

These five action cameras will not only put a 21st century twist on your snapshots, they’ll also capture your coolest memories in the most vivid detail — whether it’s a first-person perspective of your amazing Christmas present getting unwrapped or super slow-mo of you conquering a killer wave during your Hawaii vacation.

As the gold standard of action cameras (with a premium, $499 price tag to match), GoPros have gone places few people dare to tread, documenting jumps from the stratosphere and descents hundreds of feet underwater. The GoPro Hero4, the company’s newest shooter, gobbles up video twice as fast as its predecessor, with double the audio capture ability, and enhanced Bluetooth and Wi-Fi connectivity for connecting to the GoPro mobile app.

Designed to grab fast-moving scenes in epic detail, this pocket-sized camera can shoot 4K video at 30 frames per second, or 1080p clips at 120 frames per second, allowing videographers to stitch crystal-clear, slow-motion shots into their masterpieces. A new built-in touchscreen makes it easier than ever to cycle through the Hero4’s many options, and with an array of mounts, from helmet straps to dog harnesses to whiskey bottle wraps, this GoPro, like its predecessors, is built to move. Buy here

Get the Big Picture

As good as smartphones, point-and-shoot cameras, and even high-powered DSLRs can be, they still not able to capture the full, jaw-dropping majesty of some of the world’s most spectacular locales. These places crave a lens that’s wider than wide, and with a 360-degree viewing range, the Kodak Pixpro SP 360 takes in the entire scene, capturing immersive high-definition video from every angle. Five different viewing modes give shutterbugs the ability to display their shots from a number of different vantages, such as domed perspectives and dual front and rear images. With an all-encompassing output, the Pixpro SP 360 will make you feel like you’re flying.

Throw in NFC and Wi-Fi connectivity, and the small, saltshaker-sized Kodak can also link to smartphone apps that double as a viewfinder or a remote. That’s smart, because the water-resistant camera is shockproof to two meters, freeze-proof to -10 degrees Celsius, and completely dust-proof, making it way tougher than your iPhone. (And at $349, it’s cheaper, too.) Buy here

Polaroid might have made a name for itself with instant photos that you shake to develop, but its new action camera is also designed to take a tumble. In a nod to its vintage past, the Polaroid Cube is a perfect 35 millimeters tall, wide, and deep — but designed for the digital present, it shoots 1080p video in 30 frames per second. That makes it a great value, considering its $99 price.

Weather- and splash-proof, the rugged, rubberized Cube is built for everyday use, with a magnet on its bottom that lets photographers easily mount it on everything from handlebars to helmets. And a 124 degree wide-angle lens takes in a better portion of the scene than your typical camera. Throw in a swappable microSD card memory slot (supporting up to 32 gigabytes) and a 90-minute battery, and you’ve got a portable, expandable, and inexpensive way to document your next off-roading adventure. Buy here

Call it the Apple effect — when products are successful, competitors inevitably ape the design. As a result, many smartphones resemble iPhones, desktops look like iMacs, and laptops appear like MacBooks. But shaped like an antique flashlight and completely waterproof, the HTC RE Camera is a true original — though we hope to see more cameras like it.

A point-and-shoot like no other, this 16-megapixel camera has no display, which means photographers get to enjoy the moment rather than obsess about the imagery. Waterproof up to a meter without an additional case, it’s a fun way to capture underwater goofiness at a pool party or shoot the remarkable fish you find on a snorkeling trip, without fussing over details like angles or lighting. Bluetooth- and Wi-Fi-enabled, RE Camera syncs with smartphone apps to unload its images and video, which are saved on a microSD card (up to 128 gigabytes). At $199, it’s a better bargain than most action cameras, with more protection from the elements than even the toughest shooters provide. Buy here

Sure, wearing an action camera is a great way to capture an epic adventure. But you know what’s even better? Wearing multiple action cameras. The Sony Action Cam Mini has the ability to link with four other rugged lenses, so photographers and videographers can sync their shots and edit together a multi-camera montage of exciting footage. Connected through a wrist-worn live-view remote, the multi-camera mode is an expensive proposition, but on its own, each Sony camera runs $249, a good value for a 170-degree, wide-angle Zeiss lens with a splash-proof body and great low-light image sensor.

It also comes with top-notch, modern technology on the inside, like Wi-Fi-enabled smartphone controls and built-in GPS to map out your adventures. With mounts and cases aplenty, there’s no end to where you can take this agile camera. So, whether it’s fly fishing in Montana or spearfishing in the Aegean, the Sony Action Cam Mini should supply all the proof you need about the one that got away. Buy here 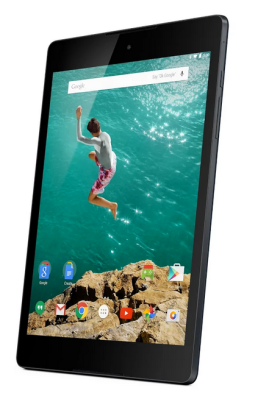 Everything You Need to Know About Google's New Nexus 9 Tablet
Next Up: Editor's Pick