A couple pose next to marriage certificates on November 11, 2011 in Anyang, Henan Province of China. Singles Day
ChinaFotoPress—Getty Images
By Laura Stampler

When Yue Xu began a dating consulting business for men in Beijing last year, she noticed that many of her clients had set the exact same day to quit bachelor-dom. That deadline fell on November 11, or 1-1-1-1, China’s National Singles’ Day.

“Rather than seeing it as a way of celebrating single-hood, they see it as an end date,” Xu tells Time. “This is the last day I’m going to be single.”

It wasn’t always that way. As the lore goes, students at Nanjing University started Singles’ Day in 1993 as a way to celebrate being single, largely by buying themselves presents. But Xu, who studies China’s emerging dating scene, says the nation’s concept of being “single” is only a recent development. “China used to be a society where there was no dating culture,” she says. “There was no going on dates to turn into a relationship. You see someone if you can marry them or you never see them again. It’s all or nothing.”

Xu says people were asked if they were married or “not married” rather than married or “single.” The “single” label began emerging over the past few decades, largely due to exposure to Western culture, in films and television. Once the concept was commonly accepted, it grew in significance. “Single is the equivalent of saying you’re hungry [rather than saying you haven’t eaten yet],” Xu explains. “It means you’re needing something. And China is creating this demand for people to get married.”

While this pressure is placed on men and women, in Xu’s experience men are the hungriest. This could be, in part, due to the country’s increasing gender gap. In China, there will be an expected 30 million more adult men than women by 2020. In 2009, Singles’ Day was initially marketed towards men as “Bachelor’s Day,” although it is now embraced by both sexes.

But just as Valentine’s Day was embraced by Hallmark and other corporations in the U.S., China’s anti-Valentine’s Day was quickly co-opted by Chinese e-commerce giant Alibaba, which latched onto the event in 2009 and turned it into a day of massive online sales. Last year’s Singles’ Day resulted in $5.8 billion in sales over the course of 24-hours, which is 2.5 times more than Cyber Monday in the United States. Obviously retail therapy knows no geographic bounds.

And Xu says that this isn’t only a time in which people are buying themselves balloons and flowers and “doing the whole Sex and the City thing” — although they definitely are doing that too. Instead, they’re using those sales to help make this Singles’ Day their last. “There are karaoke dating events, blind dates,” she says. “A lot of people use this day to find the loves of their lives.”

“This is about giving a gift that will woo that perfect someone,” echoes managing director of Marbridge Consulting Mark Natkin, to HuffPost. “If you play your cards right, you only need to make that purchase once.”

While American culture might be partially responsible for Singles’ Day, some companies are now attempting to bring the Chinese holiday to America.

“This year for Singles Day, our keyword is globalization,” Tmall, an Alibaba site, CEO Wang Yulei wrote for Sina Tech. ” Starting from this year, future Singles Days will definitely not just be for consumers in a particular region, Singles Day will be for the whole world.”

Dealmoon, a Chinese-American e-commerce site, is using this year to expose the holiday to its American audience. It explained the holiday to its merchants — which include companies ranging from Panasonic to Clinique — which readily agreed to Singles’ Day promotions. More than 50 exclusive deals will be on the site Tuesday.

“This is a day for shopping,” Dealmoon CEO Jennifer Wang tells Time. “We are hoping to expand it to an American audience. A deal is a deal.” 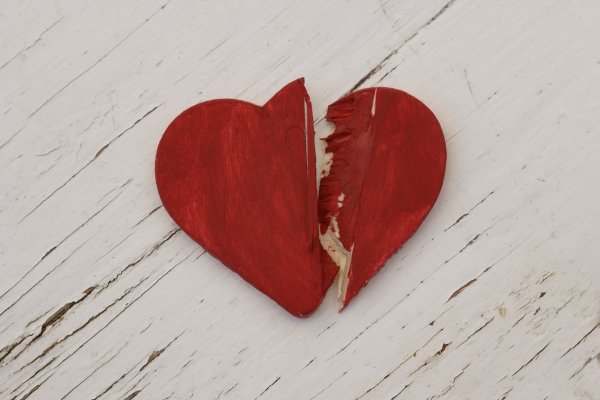 How Social Media Makes Breakups Uglier for Everyone
Next Up: Editor's Pick