Ed Sheeran, One Direction, Coldplay and more singing stars will unite for a 30th anniversary cover version of the Band Aid charity single, with proceeds going to help combat the spread of Ebola in West Africa.

The lyrics of the ’80s classic, titled “Do They Know It’s Christmas?”, will be tweaked to reflect the Ebola crisis, according to Band Aid founder Bob Geldof. Other artists taking part include Bono, Sinead O’Connor, Paloma Faith, and Elbow.

“It really doesn’t matter if you hate this song or you don’t like this song, you have to buy this thing,” Geldof told reporters Monday. The song will be recorded Saturday and be available for download Monday. 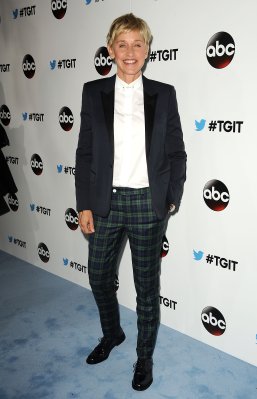 Ellen DeGeneres Is Launching a Design Empire
Next Up: Editor's Pick