As Tom Petty fans know, the waiting is the hardest part. In this case, we specifically mean the waiting for Broad City to return because we’ve already watched the first ten episodes (and all the early web episodes) approximately 485 times and we desperately need something new.

Luckily, there’s finally an end in sight to this desperate waiting, because Comedy Central has set an official premiere date: Jan 14. And, as you can see from this new trailer, it looks like things will be even more ridiculous this season. There’s twerking. There are kittens. There is nudity. There’s Seth Rogen as a guest star. There’s Ilana being completely inappropriate at her grandmother’s Shiva. There’s even a dance scene in what is most likely a Bed Bath & Beyond.

Sadly, there’s no Garol — at least not in the trailer. Abbi and Ilana probably asked her to be in it, but she had to say no because her supervisor was watching. 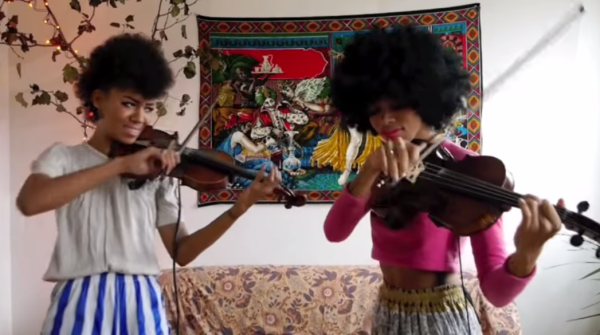 Listen to a Gorgeous Violin Cover of Taylor Swift's 'Shake It Off'
Next Up: Editor's Pick