Here's the Ebola-Free Nurse Doll You Never Knew You Wanted

With the holidays right around the corner, parents can now buy their children an untraditional yet socially relevant gift: The “Case-E Ebola Nurse Action Figure.”

Herobuilders.com made the toy of an Ebola-free nurse with curly hair and a red “x” sewed over her eye, who bears a strong resemblance to Kaci Hickox, the nurse who made headlines for fighting New Jersey and Maine over their controversial quarantine policy for those returning from Ebola affected countries.

“I don’t know who you’re talking about, I don’t know who Kaci Hickox is,” Hero Builders president Emil Vicale tells TIME, laughing. “This nurse’s name is Case-E. She bears no resemblance.”

The toy, which comes complete with an Ebola-free certificate, went on sale for $29.99 Monday morning.

“We held out and tried not to make this Ebola thing, but the story just won’t go away,” Vicale says. “So it’s like we’re being pushed to make this toy.”

Vicale says that only 500 of the Ebola nurse dolls will be available before the holidays. It will be on sale again come January.

“Who knew Ebola would get my blood boiling?” he says. “Get it?” 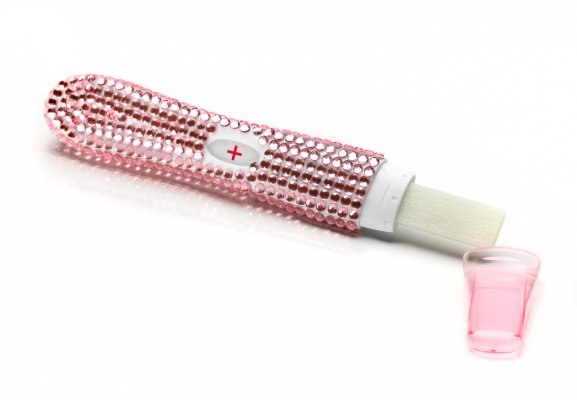 Man Finds Out Wife Is Pregnant After Using Her Urine for His Drug Test
Next Up: Editor's Pick