For the first time ever, the “Hollywood Film Awards” will be broadcast live on TV(this Friday on CBS), though the prize has a history of sorts. Advertisements on CBS are pushing the ceremony’s predictive capabilities by noting that last year, Dallas Buyers Club stars Matthew McConaughey and Jared Leto won prizes at last year’s untelevised ceremony, on their way to picking up their respective Oscars.

But the Hollywood Film Awards, produced by the late Dick Clark’s production company with winners chosen by “a top-secret committee of 12 industry insiders,” are less an influential force upon awards season than a barometer of buzz. They’re among the many, many precursor awards that make the march to the Oscars, in late February, feel more and more laborious.

The Hollywood Film Awards market themselves as a primer of the performers likeliest to win awards — and there are no losers, just people the secret panel chooses to studiously ignore. This makes them particularly useless, because they don’t reflect any person or any group of people’s taste, just an attempt to predict other people’s tastes while ensuring that enough constituencies are flattered as possible. They’re only “awards” because a plain old cocktail party wouldn’t lure many celebrities. It doesn’t really count as predicting the Oscar results when the Academy honors four actors a year and, last year, the Hollywood Film Awards honored nine, not counting a lifetime achievement award winner and the best ensemble prize winner, August: Osage County.

That film ended up winning zero Oscars and getting tepid reviews, but pre-release it was perceived as having potential to win Oscars for Meryl Streep and Julia Roberts, so it was important to include. It’s become a truism that the Oscars are more about hype than quality, but at least there’s a pretense of judging art on its merits. Ceremonies like the Hollywood Film Awards or the Palm Springs International Film Festival, which just announced that The Theory of Everything would be winning its “Desert Palm Achievement Award,” are way stations to Oscar; “Focus Features made a point of going after this award,” wrote Deadline of Theory star Eddie Redmayne’s Palm Desert prize, “as it is perfectly timed.” Timed for Oscar voting, that is; those Oscar voters already paying attention may well be charmed by Redmayne’s speech in the desert. But how many of them weighing personal charm this heavily over performance can there be? And if your production company works behind-the-scenes to ensure you win a prize just so that you’ll win another prize, how meaningful is the honor?

That’s needlessly naive, of course: Studios pursue Golden Globes and Screen Actors Guild Awards not merely for their own sakes but for the potential Oscar boost. And yet those are, still, the only precursor awards worth watching. The SAGs reflect the thinking of actual Hollywood professionals who will go on to vote for the Oscars, too, and so correlate with the biggest prize due to shared passion rather than “Hollywood insiders” practicing strategic gamesmanship. The Golden Globes are voted on by perhaps the least reputable folks of all — a group of foreign correspondents based in Hollywood who largely want to throw a fun party — but are unafraid to go their own way.

Jennifer Lawrence beat eventual Oscar victor Lupita Nyong’o at last year’s Golden Globes, and Mickey Rourke took the prize over Milk star Sean Penn in 2009. Most famously, perhaps, the Golden Globes handed several nominations to The Tourist, a box-office bomb with zero chance to win an Oscar. They were decisions with which people could definitely disagree, but they reflected a set of ideas about what is worth honoring (in the Globes’ case, stardom and oddity over historicism and seriousness) that went beyond trying to predict Oscar voters’ decisions. An award given on the basis of the buzz behind a person potentially winning another award opens up a befuddling hall of mirrors; just wait until the Golden Globes, when the endless cycle of “buzz” finally merges with a sensibility. 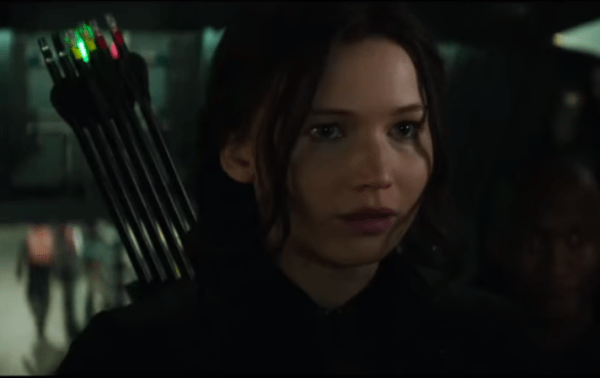 Jennifer Lawrence Is as Stoic as Ever in This Hunger Games: Mockingjay Clip
Next Up: Editor's Pick