Critics are knocking Niki Minaj for seemingly using alleged Nazi symbolism in her new music video for “Only.”

In the video, Minaj is depicted as a catsuit-wearing leader marching among soldiers dressed up in army fatigues and red arm bands reminiscent of those the Nazis wore. Rather than a swastika, Minaj’s soldiers don a “YM” symbol for “Young Money,” Minaj’s label. Here is an image juxtaposing images from the video with images from Nazi Germany:

Director Jeff Osborne depicts Minaj as a dictator, Drake as the Pope, Lil Wayne as a businessman, and Chris Brown as a high ranking military official.

Many are blasting the attempt to make the Third Reich chic, placing the word “Chamber” next to an image of a gas mask (an allusion to the gas chambers used in Hitler’s genocide).

Minaj has not commented on the backlash, although Osborne has been retweeting both positive and negative reactions to the music video. 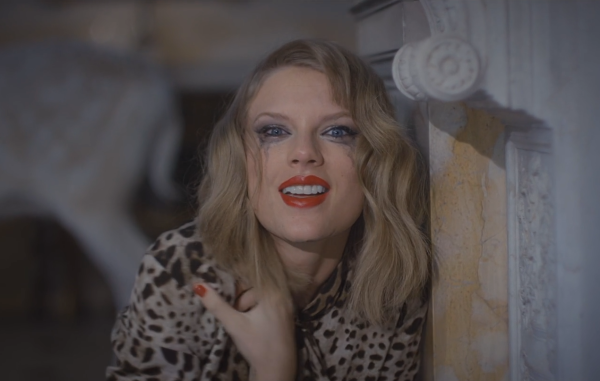 Watch Taylor Swift Turn Into a Crazy, Knife-Wielding Girlfriend in Her New Video
Next Up: Editor's Pick