Tim Berners-Lee at The Royal Society in London on Sept. 28, 2010
Carl Court—AFP/Getty Images
By Alex Fitzpatrick

If you’ve ever used a hyperlink — a bit of typically underlined online text like this that, when clicked, helpfully takes you to another website or document — you should thank Sir Tim Berners-Lee, a Briton who on this date 24 years ago first proposed an idea he called at the time “WorldWideWeb.”

“HyperText is a way to link and access information of various kinds as a web of nodes in which the user can browse at will,” Berners-Lee and Belgian computer scientist Robert Cailliau wrote in the Nov. 12, 1990, proposal for what would become the World Wide Web.

The Web has since become such a dominant means of sharing information over the Internet that many people don’t know there’s a difference between the two. (That difference? The Internet is a network of networks, a way for a handful of computers connected to one another to share data with billions of other such networks worldwide, while the Web is a hypertext-based information-sharing system that runs atop the Internet, literally and figuratively linking websites to one another.)

It took TIME seven years after Berners-Lee first proposed the web to write a profile of him. Here are four fun facts from that May 19, 1997, piece:

1. He credits his status as “inventor of the World Wide Web” to random chance. “I happened to be in the right place at the right time, and I happened to have the right combination of background,” Berners-Lee said of the reasons he wrote the proposal, which he made while working at Switzerland’s CERN nuclear research facility and trying to connect the organization’s resources.

2. Those 404 “Website Not Found” pages are a necessary evil. Earlier hypertext arrangements kept a record of every single link in the system to avoid “dangling links” — links pointing to nothing. But creating the Web at scale meant users would have to be able to delete documents without telling every single other user about the deletion, even if that document was being linked to from elsewhere. Berners-Lee “realized that this dangling-link thing may be a problem, but you have to accept it.”

3. He also hated how hard it once was to write on the Web. “The Web . . . is this thing where you click around to read,” Berners-Lee said, but if you want to write, “you have to go through this procedure.” That’s much less true now in 2014, with services like WordPress, Blogspot and social media making it dead simple to share your writing and other creativity online.

4. He played with the idea of starting a company to make a browser, a move that would’ve set him up to compete with the likes of Mosaic and perhaps make him rich. But he feared sparking a war between incompatible browsers and permanently dividing the web. “The world is full of moments when one might be other things,” Berners-Lee said. “One is the decisions one’s taken.” Meanwhile, Marc Andreessen, coauthor of the Mosaic browser, later cofounded Netscape and has since become a wealthy and outspoken tech investor. 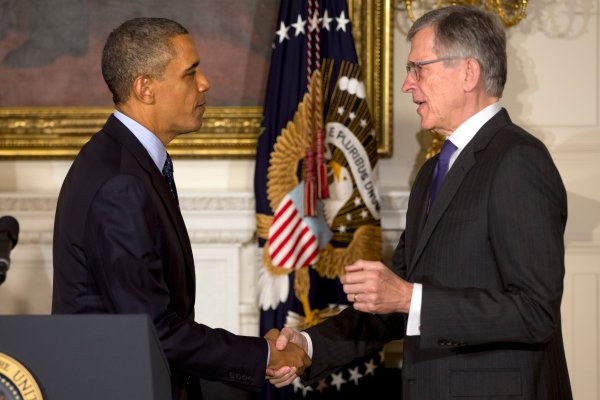 Regulator Eyes Split With Obama on Internet Policy
Next Up: Editor's Pick