Michael Dell gives the keynote address to Dell employees to kick off Dell World 2014 at the Austin Convention Center on November 5, 2014 in Austin, Texas.
Gary Miller—Getty Images
By Tim Bajarin

The PC market has undergone incredible consolidation over the last five years, leaving only five or six brand-name players in a market which once had at least 17 serious PC vendors. Among the top of today’s list lies Dell, a company that over the last 15 months has gone through the kind of major changes that will determine if it’ll remain a major PC market player.

In early 2013, Michael Dell and his team made the decision to take the company private. That got serious pushback from some Dell investors, with the most intense recalcitrance coming from activist investor Carl Icahn. Icahn felt Dell was undervalued, and tried to take over the board and kick Dell out of the company. Dell and his team fought back, and in the end got major backing from Dell’s own personal wealth and private investors, enabling them to take the company private just over a year ago to great initial success — Michael Dell and his partner Silverlake has realized a 90% gain on their investment since they did this leveraged buyout, according to Bloomberg. The irony here is that Icahn might’ve been right that Dell was undervalued, Dell wouldn’t have seen this increased gain without Michael Dell at the helm.

I got the chance to speak with Michael Dell and some of his executives at last week’s annual Dell World consumer event. I’ve known Dell for decades, and during the final years before he took his company private, he often seemed very weary. Running a public company can beat a person down, and I’m sure the pressure to perform for investors took its toll on Dell.

That no longer seems to be the case.

Dell is the happiest I’ve seen him in a decade, more relaxed and reassured about Dell and its future. He still has pressure to perform and stay profitable, but that now comes from meeting the needs of his customers, not his investors. That means Dell can stay customer-focused and not have to deal with Wall Street and its various machinations that can distract a company’s executives. In fact, I know a few CEOs of public companies who are jealous of Michael’s newfound freedom, which makes it possible for Dell as a company to respond more quickly to market demands, be more nimble and more free to experiment.

More importantly, Dell has recently posted some serious growth. During Michael Dell’s Dell World keynote, he said the company delivered nothing but positive outcomes over the last year. Some of these results included seeing year-over-year growth across all regions globally, increasing worldwide PC shipments by nearly 10% year-over-year in Q3 of this year, which led to growing its market share in the North American market by 19%. It gained triple the share of HP, five times as much as Apple, and 10 times as much as Lenovo, making it the number three PC vendor in terms of worldwide shipments, behind Lenovo and HP.

Dell also said the company performed well in servers and storage, but during the Dell World event, the CEO told me that close to two-thirds of Dell’s enterprise business comes through its PC business. He added that he “loves PCs and is highly committed to creating new innovative laptops and desktops” to support his customer’s needs.

This is a big deal for Dell. Even if they’re no longer a growth market, PCs are not going away. They remain business workhorses and a key productivity tool for students and consumers. Dell having a company focus on creating great new PC and laptop designs is good news for those who will continue to buy PCs for many years to come.

“The company’s future strategy has been aligned to four customer imperatives — transform, connect, inform, and protect — which addresses the major technology trends of cloud, mobile, big data, and security,” Dell said in his keynote speech. “The company is highly focused on providing complete solutions to their customer, that includes helping them manage everything from the back end to all end points that connect to these servers and applications. While Dell has been doing this for years, there is a renewed commitment to deliver world-class solutions to IT and consumers. I see a really new Dell, and one that is committed to being a top-level company for the long run.”

At last year’s Dell World, Michael and his team had just won their battle against activist shareholders and taken the company private. At that time, the Dell team was optimistic about the company’s future without the pressures of Wall Street. However, it was too early to tell if a private Dell would be a successful Dell. Given what I saw at Dell World last week, I think it’s safe to say that Dell’s bet on themselves was a good one. If it continues to perform this way going forward, Dell will certainly remain one of the top PC players in the market for many years to come. 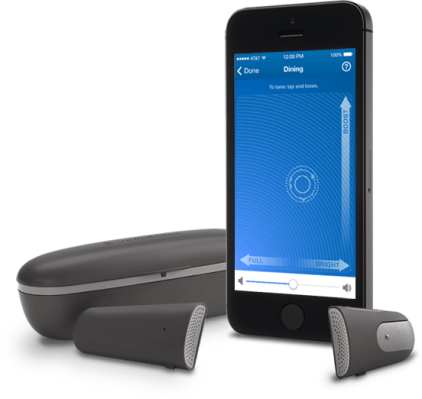 Phablets and Bluetooth Headsets Are Perfect Companions
Next Up: Editor's Pick