Why Navy SEALs Are Supposed to Keep Their Mouths Shut

Robert O'Neill, a former U.S. Navy SEAL, speaks at the "Best of Blount" Chamber of Commerce awards ceremony at the Clayton Center for the Arts in Maryville, Tennessee, U.S., on Thursday, Nov. 6.
Luke Sharrett—Bloomberg/Getty Images
By Mark Thompson

Robert O’Neill may have fired the shot that killed Osama bin Laden, but he was merely the triggerman. The U.S. and members of its military—thousands of them—killed the 9/11 mastermind. The fact is that O’Neill and those telling his story seem to miss that point.

There is no “I” in “team,” coaches and military commanders are fond of saying. But that rule apparently applies less and less if you’re at the “tip of the spear” like the Navy SEALs who allegedly killed Osama bin Laden in his lair in Abbottabad, Pakistan, on May 2, 2011.

This week, O’Neill, an ex-member of SEAL Team 6, is slated to discuss his “kill shot” to bin Laden’s forehead with Fox News. His tale comes nearly two years after a colleague, Matt Bissonnette, also a former member of SEAL Team 6, wrote a book, No Easy Day, about the raid under the pen name Mark Owen. Both violated non-disclosure agreements they signed as members of the Navy’s most elite special-operations force.

“These things have to be kept quiet for a number of reasons,” Don Mann, a former SEAL and author of Inside SEAL Team Six, said Sunday. “Talking out like this goes against the fabric of our community.” But Mann cuts O’Neill some slack: first of all, the government made it clear, shortly after bin Laden’s death, that SEAL Team 6 was responsible (“To me, that’s the bigger problem,” Mann says). Then Bissonnette took too much credit for his role, Mann believes.

But O’Neill’s and Bissonnette’s decisions to go public with their role violates the SEALs’ tenets and irritates many in the military. These SEALs, in the eyes of the public, become heroes once their stories are told. But the action that warrants such acclaim has been built on the backs, boots and blood of thousands of anonymous troops (not to mention Pentagon civilians). An untold number of them played critical roles in the hunt for bin Laden; remove any one from the chain of success and the mission could have failed, with the loss of O’Neill, Bissonnette and the other SEALs who participated in the raid.

As word of O’Neill’s impending public victory lap began to leak out, SEAL leaders issued a memo trying to explain why it was wrong. “Any real credit to be rendered is about the incredible focus, commitment, and teamwork of this diverse network and the years of hard work undertaken with little individual public credit,” wrote Rear Admiral Brian Losey, commander Naval Special Warfare Command—home of the SEALs—and Force Master Chief Michael Magaraci, the SEALs’ top enlisted man. “It is the nature of our profession.” They reminded SEALS of a key element of their ethos: “I do not advertise the nature of my work, nor seek recognition for my actions.”

Such a notion seems almost quaint in today’s self-centered, media-saturated culture. O’Neill’s words in the Washington Post (“I watched him take his last breaths”) seem more screenplay than reality, tainted with a sense of gloating that rarely is becoming in anyone wearing a U.S. military uniform. It is the selfless nature of American troops that makes their work honorable.

Both the public and the press seemingly relish identifying such SEALs, and glorifying their exploits, without care for what may be lost in the transaction.

If fame, and the fortune it can bring, become part of the allure of signing up with U.S. Special Operations Command, the men and women who actually make those missions possible are going to sour on their private sacrifice. The net result will be a less-capable force.

“We live in a democracy where the public has a real desire to know information,” Mann fears. “But we also live in a very dangerous world where military secrets need to be preserved for the safety of our military personnel and, ultimately, the safety of those they protect.”

The first secret worth preserving are the identities of those who carry out such missions.

Read next: Revealed: The Navy SEAL Who Killed bin Laden 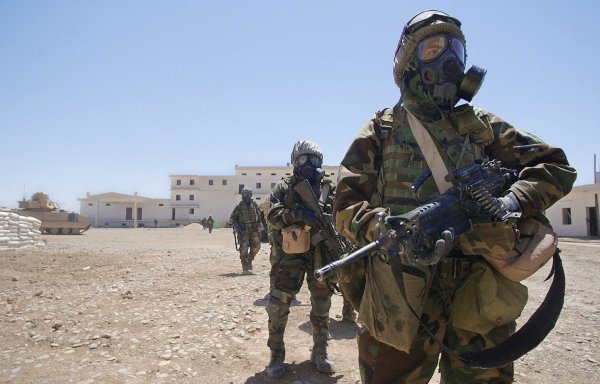