Did We Give the Pill Too Much Power?

This pill came with a promise: help extinguish sexism from public life by removing a key roadblock for women. If women could plan when and whether they became pregnant, they should be better able to develop careers and livelihoods, avoid a life of economic dependence on men, and form identities outside of motherhood.

In many ways, the birth control pill kept that promise by enabling women to enter the workforce, improving their health by helping them to space out pregnancies, and allowing them to have sex for pleasure. But more than 50 years after the pill first came to market, its promise of access and equality remains unfulfilled for millions of other women.

Think about the Hobby Lobby decision, which ruled that certain businesses can deny employees coverage for contraception on the basis of religious beliefs. The fact that many insurance plans still don’t cover contraception or infertility treatments. “Time passes and yet we’re still kind of stuck when it comes to reproductive rights,” said New York Times Health reporter Catherine Saint Louis at a recent New America NYC event. Cost and culture still prevent millions of low-income women here and abroad from obtaining the pill.

“The things we’re talking about [today] are the same things [Margaret Sanger, one of the pill’s bankrollers and the founder of Planned Parenthood] was talking about in 1914,” said Jonathan Eig, the author of the book, “The Birth of the Pill.” “I honestly believe she thought once the pill got out there, the genie would be out of the bottle, women would have all the power they needed and everything would be fine after that… I really think she’d be stunned.”

So how did we get here?

At least in part, the answer may lie in the scope of our expectations; we have asked a lot of one medical invention. After all, said Eig, the idea that the role of a woman is to be a vessel for a child is rooted in thousands of years of history. This biological difference is the foundation of gender inequality – the thing that for centuries kept them out of economic and professional competition with men, noted New Republic Senior Editor Rebecca Traister.

That’s a powerful dynamic and hard to reverse. The pill turned into a silver bullet, that single technological innovation that would allow us to avoid confronting the deeper, more impactful social structures that sustain gender discrimination. We can’t ask the pill and its users to fix a problem the rest of us choose to ignore.

Here in the U.S., the pill put “all of the onus and responsibility [of pregnancy] on individual women without a sense of accountability of community and government to support whole and healthy lives,” explained Tiloma Jayasinghe, the executive director of the anti-violence against women organization Sakhi for South Asian Women. But “we’re not in this by ourselves.”

It also sidelined men, taking their responsibility out of the equation and separating them from the reality of reproduction, Traister said. “That’s how you get Rush Limbaugh talking about, ‘how much sex are these women having that they have to pay this amount per pill?’ What it has done is further made reproduction ‘women’s territory’ in certain ways.”

“It was a double-edged sword,” said Eig.

Even when companies clumsily try to give agency to women, it illustrates how much society has put women in an untenable situation. Facebook and Apple announced recently that they would begin offering egg freezing as part of their healthcare benefit plans. Critics accused the tech companies of putting pressure on women to sacrifice life for work, and decried the use of egg freezing as dangerous. But that criticism is misguided, argued Traister. Rather than blame Facebook and Apple, why not fault a “system that repeatedly puts new possibilities on offer and keeps them from people who need them”? Everyone, not just tech companies, should offer these types of benefits because they’re part of women’s health, she said.

Improving women’s health is a major benefit of the pill. Before the pill, birth control was inefficient, inaccessible, and often completely controlled by men. Consequently, women were having more children than they wanted – often faster than their bodies could handle them. In many cases, this led to maternal and infant death, or economic instability and famine.

That’s still the case overseas, where Silver Bullet laziness may also be a factor. Though the pill has led to many health benefits, including a reduction in infant and maternal deaths around the world, its effects have been uneven and limited in certain developing countries. “The WHO and other organizations are promoting the use of the pill to space pregnancies, and yet they are doing so in countries where women don’t always have control of their bodies or access to the pill,” Jayasinghe said. She suggested that the pill’s success may lead to complacency in those regions: “We have it now, our work is done. But it’s not done.”

So how do we change the system here and abroad?

For many countries, harnessing the power of the pill will require a major culture shift. It needs to become okay for mothers to talk to daughters and fathers to talk to sons about contraception, which won’t be an easy fix, Jayasinghe said. (And critically, contraception is much more than just the pill. There are other forms of more reliable contraception – like IUD and hormonal implants – that in some cases are even preferred by women, but may be pricier or harder to access).

Here in the U.S., “we need to broaden our discussions to beyond fighting about abortion to a fuller scope of what do rights mean – the full scope of contraception,” Jayasinghe said. Abortion is just one issue in a women’s life – and making it a nitpicky focal point of reproductive conversations is limiting, she suggested. Ideally, legislators would introduce – and pass – some kind of comprehensive women’s reproductive rights and healthcare bill. That also means recognizing infertility as a real health problem, Saint Louis noted. Right now – in many circles – it’s an “I’m so sorry you waited until you were 35 [to have kids] problem, rather than recognizing that it affects 19-year-olds.”

It’s also critical to include men in conversations – both personal and public – around reproductive issues. Research shows that when men and women are required to take sexual education classes together, for example, birth rates drop dramatically, Eig pointed out. And after all, the scientific mastermind behind the pill was a man – Gregory (Goody) Pincus.

“There’s still a long way to go,” Eig said. “If there were more people like Goody [Pincus] fighting today, we’d see more innovation and more attention still being brought to this cause.” 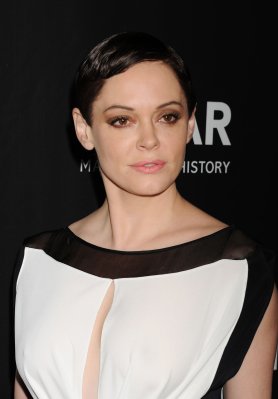