The Ten-Year Journey to Land on a Comet

Traveling in space takes a lot of patience—but the wait is often worth it. That’s a fact the European Space Agency (ESA) is about to learn in a very big way.

On November 12, the ESA’s Rosetta spacecraft will drop an oven-sized research vessel onto the surface of a comet where it will perform a variety of scientific experiments. The mission—the first of its kind—has been 10 years in the making. If successful, it could reveal secrets about the anatomy of comets, the formation of our solar system and perhaps even the origins of life. “What we believe is that we will study the most primitive material in the solar system,” says Dr. Gerhard Schwehm, who served as Rosetta’s mission manager at the ESA from 2011 until his retirement earlier this year.

Comets are considered the bones of the ancient solar system. Their long, elliptical orbits mean they spend most of their time in the deep freeze of space, far from the sun, which preserves their original composition. And their small mass means very weak gravity, which in turn means low gravitational pressure and heating—something else that messes with internal chemistry on larger bodies.

Rosetta’s target comet, Churyumov-Gerasimenko, known as 67P, resembles nothing so much as a 2.5-mile long (4 km) unshelled peanut, albeit one tearing through space at 11 miles per second (39,600 mph, or 63,730 k/h). It hails from a region called the Kuiper Belt, a band of icy bodies beyond Neptune’s orbit. Unlike asteroids, comets contain a great deal of ice. As they approach the sun, some of that ice vaporizes into a cloudy atmosphere called a coma. When charged particles called solar wind hit the comet, the gas streams away, forming a blue ion tail.

A photo illustration of the Rosetta probe and Philae lander above the 67P/Churyumov-Gerasimenko comet.
ESA/Getty Images

In the past three months, Rosetta has has been flying along beside 67P, taking numerous measurements of its chemistry, including the composition of its singularly unpleasant gasses. Gorgeous from a distance, the comet emits copious amounts of both ammonia and hydrogen sulfide, which means that if you could smell it (and be thankful you can’t) you’d get a nose full of rotten eggs, horse stable and formaldehyde.

But the real fun and the real risk will start on when Rosetta releases its probe—dubbed Philae—to attempt its historic landing. The vehicles will separate at a distance of about 14 miles (22.5 km) above the comet. A 14-mi. plunge to the surface of the Earth would be over very quickly, but with 67P’s gentle gravity, Philae’s fall will take 7 hours. Once it makes contact with the comet’s surface, a thruster on its top will ignite for one minute to keep it from bouncing away, while two harpoons will anchor it to the ground.

Philae carries 10 scientific research tools to study the surface and interior of the comet, including a camera, a thermometer, and seismographs in its feet to listen to the cracks and pops within the core as the comet out-gasses. It also carries a drill to collect and analyze sub-surface samples. Even the harpoons have a research purpose, using sensors to detect the resistance of the ground they penetrate. All of this data may offer clues for the conditions—temperatures, pressures and other variables—in which the comet’s dust was originally formed.

“It shows the evolution of the universe,” says Schwehm.

And perhaps the evolution of biology too. It’s possible that water and the life-forming molecules within it arrived via comets that smashed into Earth billions of years ago. If there are commonalities between our oceans and the icy stuff on the comet—namely, organic compounds such as nucleic acids and amino acids—we can, as Schwehm says, “put pieces of the puzzle together.”

Throughout its stay on 67P, Philae will remain in constant contact with Rosetta, which will relay its transmissions the 317 million mi. (510 million km) back home, a journey that even at light speed takes 30 minutes. When they are on opposite sides of 67P, the two probes will transmit radio waves to each other through the body of the comet itself to study its internal structure.

Philae’s stay on 67P will be a short one. Once it is in place, a 64-hour countdown begins before the probe’s on-board battery runs down. Solar panels covering nearly every surface of Philae’s body can provide some juice, but the weak sunlight that bathes the probe at such great solar distances cannot keep it running in even a low-power mode for more than a few weeks.

That seems an awfully small payoff for the 10 years it took the spacecraft to arrive—a spiraling trip that included three fly-bys of Earth and one of Mars to pick up speed thanks to the planets’ gravity. But Rosetta has a longer life ahead of it after Philae dies, escorting 67P around the sun and observing its rate of water loss, surface temperatures, and the way its shape changes as it loses mass. It will keep that job up as long as it can, before accompanying the tiny world back to the distant solar system, and breaking contact with Earth forever. 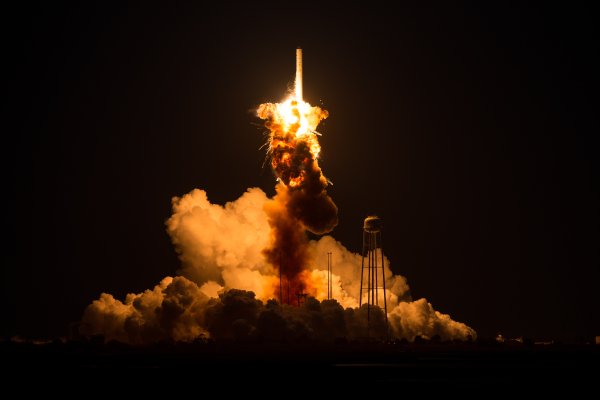