New York U.S. Attorney Loretta Lynch was confirmed Thursday as the next Attorney General, the first African-American woman to hold the position.

Lynch, who was approved 56-43 in a long-delayed Senate vote, previously served as the U.S. Attorney for New York’s eastern district, which includes Brooklyn, Queens, Staten Island and Nassau and Suffolk county on Long Island, and is known for her toughness and low-key style.

In a statement, President Obama said the country will be “better off” now that Lynch has “finally” been confirmed.

“Loretta’s confirmation ensures that we are better positioned to keep our communities safe, keep our nation secure, and ensure that every American experiences justice under the law,” the President’s statement reads.

Before she was an appointed to the top job, she worked within the U.S. Attorney’s office to helped convict the NYPD cop who assaulted Haitian immigrant Abner Louima with a broom handle, in one of the highest-profile police brutality cases of the 1990s. Louima is black and the arrested officers were white, but Lynch said she didn’t want the case to become “a referendum on race.”

President Bill Clinton first appointed to be a U.S. Attorney in 1999, and she served until 2001. She was appointed again by President Barack Obama in 2010. In between her terms, she was a partner at Hogan & Hartson, which has since been renamed Hogan Lowells, focusing on criminal litigation and white collar criminal defense.

When she returned to the U.S. Attorney’s office for the second time in 2010, she noticed that the job had changed, to include more work fighting terrorism–her office helped convict the masterminds of the thwarted al-Qaeda scheme to attack the New York subway system. But even though the job has expanded, “the energy, dedication and commitment of the people in my office has not changed,” she wrote in her Harvard 30th Reunion Class Report in 2011. “I truly love coming to work every day.”

Earlier this year, Lynch charged Rep. Michael Grimm, a Republican congressman from Staten Island, with perjury, wire fraud, obstruction of justice, and tax evasion for his dealings in a health-food restaurant he had operated before he ran for office. Lynch said Grimm was operating a “very simple scheme,” that allegedly involved under-reporting wages and earnings when filing his taxes. Grimm has pleaded not guilty.

Lynch also found time for pro bono work–in 2005, she traveled to Rwanda to teach a trial advocacy workshop for the prosecutors at the Rwandan war crimes tribunal, to help restore justice after the genocide. “I listened to the genocide survivors as they told me how they were forced to hide under the dead to avoid capture, and watched as they showed me the machete scars they still carried,” she wrote in the Class Report. “But I learned the most as I saw how they carried on with life, reaching out to orphans to create new families, knitting together a future out of the scars of the past.”

Lynch grew up in North Carolina, and was one of the only black students in her elementary school. In an interview with the Wall Street Journal, she recalls being asked to re-take a standardized test after she scored higher than administrators expected. She went on to Harvard, where she studied English and loved Chaucer, and then to Harvard Law School. After graduation she went into corporate law, but took a massive pay cut to take a job at the Eastern District, because she wanted to do something “meaningful.” She lives in Brooklyn with her husband and two step-children.

Maya Rhodan contributed to this story. 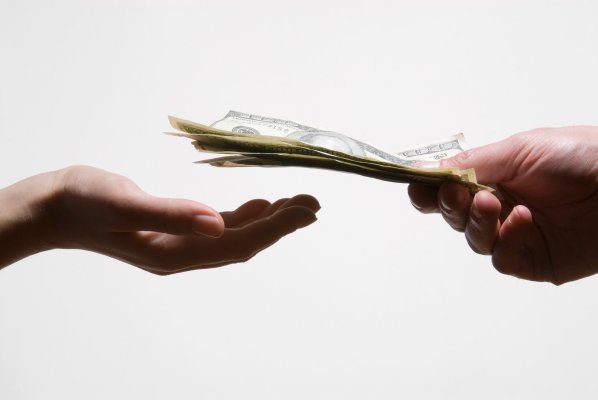